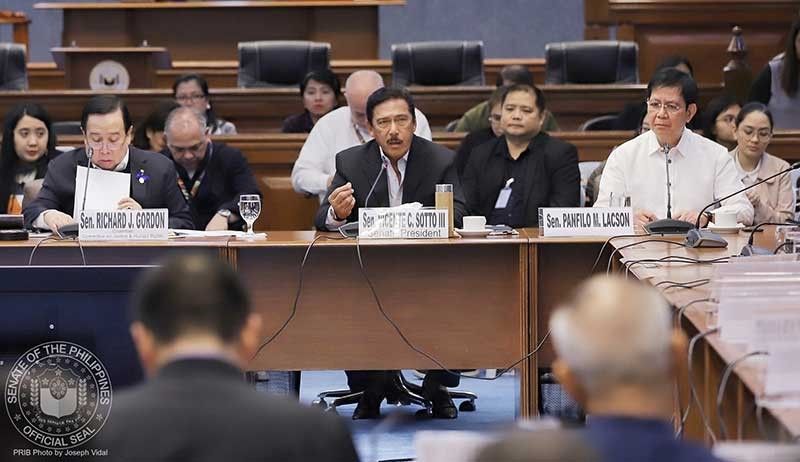 THE Senate on Wednesday, October 9, cited a suspected ninja cop in contempt and ordered his arrest for repeatedly failing to appear before the committee investigating the recycling of illegal drugs.

“Is Ronald Santos here? We have been looking for him. We had issued subpoena for him already. He is very important in this case but he has not been showing up,” Gordon said at the resumption of the Senate inquiry Wednesday, October 9, 2019.

“The Chair orders his arrest so he can be presented here,” he added.

Ninja cops refer to police officers who recycle or sell illegal drugs that were seized during their operations.

Santos was among the 13 policemen who conducted an anti-illegal drugs operation on November 29, 2013 in Woodbridge Subdivision, Lakeshore View in Pampanga.

The cops declared only 36.38 kilograms of methamphetamine hydrochloride (shabu) while witnesses said a total of 200 kilograms were actually recovered.

Baloyo who led the operation said Santos was the one who secured the cash worth P100,000 from a finance officer, which was used as boodle money in the said operation.

Baloyo was earlier cited in contempt and ordered detained.

However, he clarified in a text message that they are still looking for Santos.

“Hinahanap pa namin siya. That was the assurance we got that all have been accounted for. Pero hindi siya nagreport sa Senate today,” he said.

Banac said that after checking, he found out that Santos was assigned to the Zamboanga Peninsula Police Regional Office.

Among those who participated in the Senate inquiry on Wednesday were former PNP chief Alan Purisima and former Central Luzon police chief Raul Petrasanta.

Purisima was the one who ordered former Criminal Investigation and Detection Group (CIDG) director and now Baguio City Mayor Benjamin Magalong to conduct an investigation into the November 29, 2013 anti-drugs operation after he allegedly received information that those involved acquired sports utility vehicles after the operation.

Petrasanta, on the other hand, was the one who signed the dismissal order of the 13 cops which was later downgraded to a mere demotion. (SunStar Philippines)