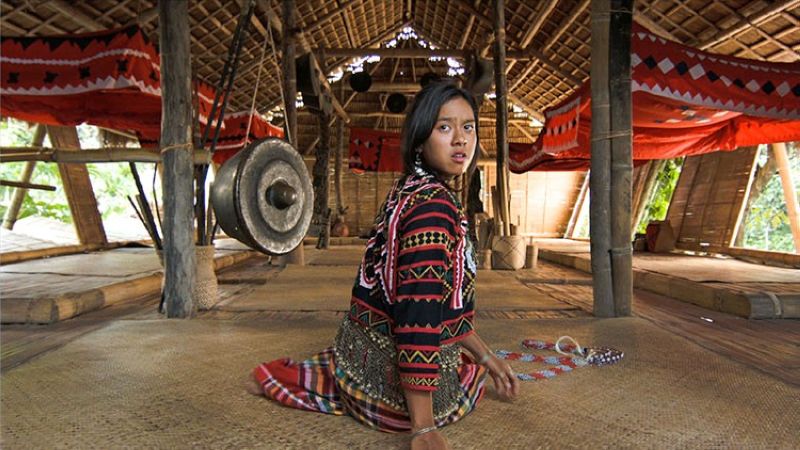 Mara Lopez stars as K'na, the T'boli princess who must choose between love or her call to duty. (PR)

LONDON -- The Philippines will participate for the first time in London's Native Spirit Film Festival, a film festival celebrating the world's indigenous cultures.

K'na The Dreamweaver, a film by Ida del Mundo, will debut in the UK as the film festival's Gala Film at the Brunei Gallery Theatre on October 12, 2019.

Set amid the backdrop of South Cotabato's Lake Sebu, the film tells the story of K'na, a young T'boli woman who has been chosen by Fu Dalu, the spirit of the abaca, to be a dreamweaver.

Despite the peace and serenity surrounding K'na and her people, their community is constantly assailed by a generations-old conflict between K'na's people and a neighboring tribe.

As the daughter of the chieftain, she is expected to marry the son of the opposing tribe's leader in order to bring peace between both of their communities. However, this may mean that K'na will have to give up Silaw, an abaca farmer, whom she has fallen in love with.

"The Philippines' participation in the Native Spirit Film Festival is a truly meaningful way for our country to join the international community in celebrating the International Year of Indigenous Languages," said Ambassador Antonio M. Lagdameo.

This year, the Native Spirit Film Festival marks its 13th year. The film festival is led by the Native Spirit Foundation, an organization promoting education and the protection of the rights of the world's indigenous communities. (PR)