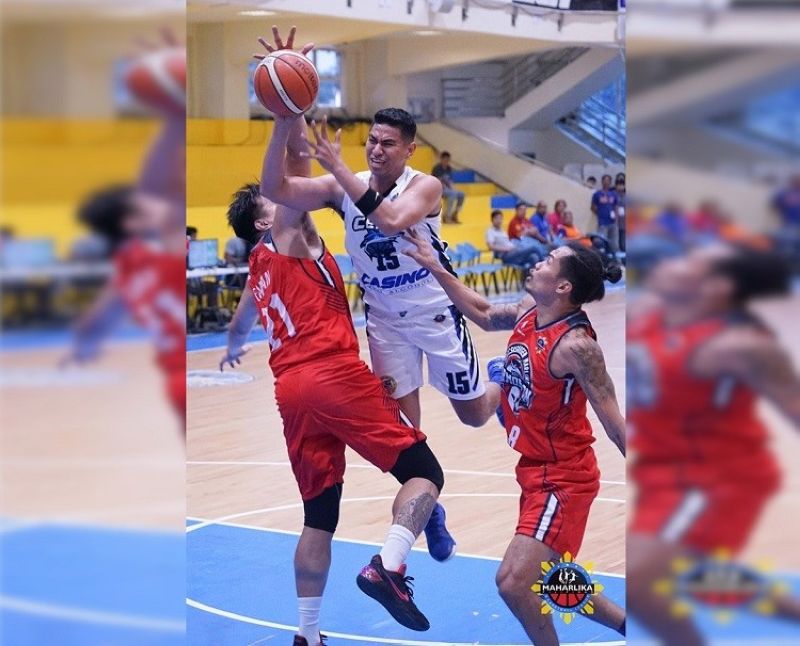 Cebu Sharks forward Fletcher Galvez will try to carry over his fine play from their last game to their match against Bacoor on Thursday, October 10, 2019. (Photo courtesy of MPBL)

THE Cebu Sharks-Casino Ethyl Alcohol will try to keep their playoff hopes alive when they take on the Bacoor Strikers in the Maharlika Pilipinas Basketball League Lakan Season at the Strike Gymnasium in Bacoor on Thursday, October 10, 2019.

Sporting a 6-9 win-loss record, the Sharks are currently tied in ninth place in the South division. They are coming off a dominant 89-57 win over the hapless Soccsksargen Marlins, a win sparked by the fine play of ace big man, William “The Great White Shark” McAloney, who had 27 points and 17 rebounds.

In a talk with SunStar Cebu, McAloney said their preparations for Bacoor, which is on a six-game winning streak, have been comprehensive, as they seek ways to slow down the Strikers’ star, Gab Banal.

“The practices have been going great. We’re taking a close look at their tendencies and the plays that they like to run,” said the University of San Carlos product.

Although Banal remains their top target, McAloney added they can’t afford to lose track of every member of the Bacoor squad.

“We’re preparing for everybody, especially their shooters and their big men, who are all huge and have veteran savvy,” said McAloney.

He added that Cebu’s chances of winning would largely depend on how hard they would play defense.

“We need to help one another out on defense. We also need to communicate with one another well since our lineup is a lot smaller than theirs. And since they are on their home court, we need to get off to a strong start.” (SunStar Cebu)