Panelo insists: No paralysis, commuters' ordeal a given 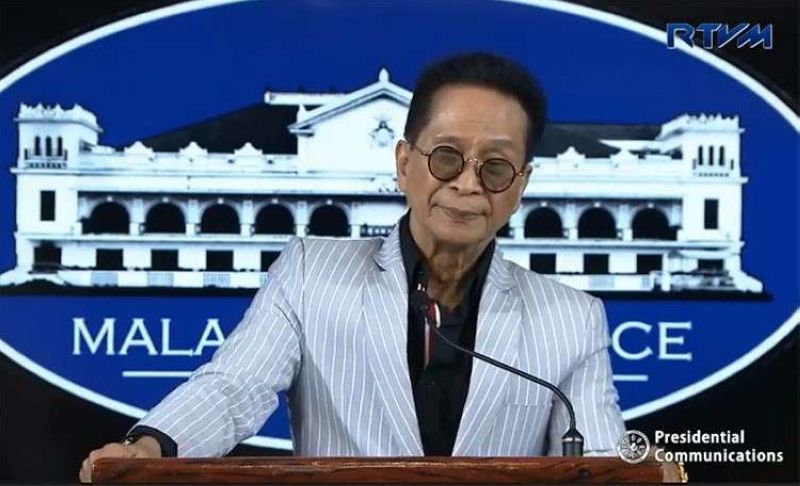 UNFAZED by the criticisms he earned following his remarks that there is no mass transportation crisis in Metro Manila, Presidential Spokesperson Salvador Panelo on Wednesday, October 9, said the ordeal that commuters have to go through everyday is a given.

In a statement, Panelo said he is aware of the "vexing" daily commute, but insisted that there was no "mass transit paralysis" in the country's metropolis.

"I understand that this representation’s remarks in yesterday’s press briefing have become a subject of ridicule and hate by the President’s usual critics and detractors," the Palace official said.

But Panelo disputed Tuesday, October 8, the claim of Reyes, saying that the country's transport system remains efficient, since the commuting public can still go to their respective destinations.

The Palace official's stance has drawn flak among the commuting public.

In his latest remarks, Panelo stood by his previous statement, but stressed that the "crisis" is "in the sufferance of commuters and motorists" and "in the inefficient operation and maintenance of the LRTs."

Given the alleged crisis in the "poor management" of the LRT Administration, Panelo reiterated the need for the railway operators to "do more in providing efficient service to the public."

"The daily suffering of the commuters is a given. That is not to say, however, that we will just continue with our sufferance. We will not allow it to be constant and permanent," he said.

"Everyone who commutes or drives suffers everyday but solutions to solve it are not insuperable, and this Administration is doing its best to provide not just immediate but also long-term solutions," Panelo added.

Panelo also blamed the worsening traffic situation in Metro Manila, which he said also caused burden among the commuters.

He, however, lamented that the executive branch could not take immediate actions because Congress has yet to grant emergency powers to President Rodrigo Duterte to deal with the daily gridlocks along the main thoroughfares.

"The present traffic woes and inadequate mass transit system have been the bane of our people, more specifically those living and working in Metro Manila. These perennial problems are a carry over of two previous administrations, and inherited by the present one," he said.

"This Administration wanted to address the same immediately but Congress opted not to grant the President the emergency powers he asked from it at the inception of his presidency to solve it," the Palace official added.

Still, Panelo was optimisitc that the present problems in the mass transit system are "solvable."

He also noted that the LRT and MRT management are already doing something to address the current issues being faced by the commuters.

"That is why we are rehabilitating the MRT-3, building the Metro Manila Subway, MRT-7, Common Station, LRT-1 Cavite Extension and PNR Clark, among others," Panelo said. (SunStar Philippines)