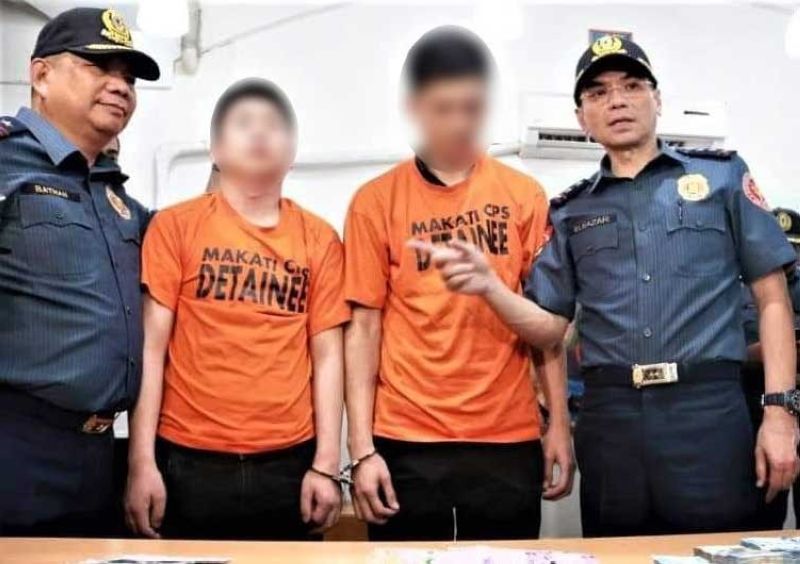 NCRPO Director Guillermo Eleazar said Zhang Xiuquang and Fan Jianping were arrested after they approached and tried to negotiate with Major Gideon Ines Jr., the head of Station Investigation and Detective Management (SIDM) of the Makati City Police, for the release of their countrymen.

He said the two offered Ines P1.7 million in exchange for not filing charges against their colleagues.

“This serves as an opportunity to protect the good name of the organization by eliminating suspicions and speculations and these are the kind of policemen that we need to show our people that they can be trusted and that not all policemen are corrupt,” Eleazar said.

Eleazar recognized the indispensable aid of Chinese law enforcers in the fight against the proliferation of human trafficking cases involving their citizens.

The hotel was reportedly being rented and run by a Chinese man who pays the Filipino owner of the hotel P1.2 million per month.

Police said the operators of the hotel and the arrested Chinese women were engaged in prostitution activities, with Chinese men working in POGOs as customers.

He said the services of Chinese women can be booked through a Chinese social media application for around P20,000 to P30,000.

The innovations introduced by technology in crime perpetration remains a continuing challenge for NCRPO but Eleazar assured that they will not cease to fight all forms of criminality and illegal drugs.

This is the fourth time that authorities raided a sex den in Metro Manila in two months. All were operated by Chinese nationals.

On September 30, operatives of the National Bureau of Investigation (NBI) rescued some 91 Chinese women and four Filipino women inside a KTV bar also in Makati City.