Aquino says he sought additional security for his family 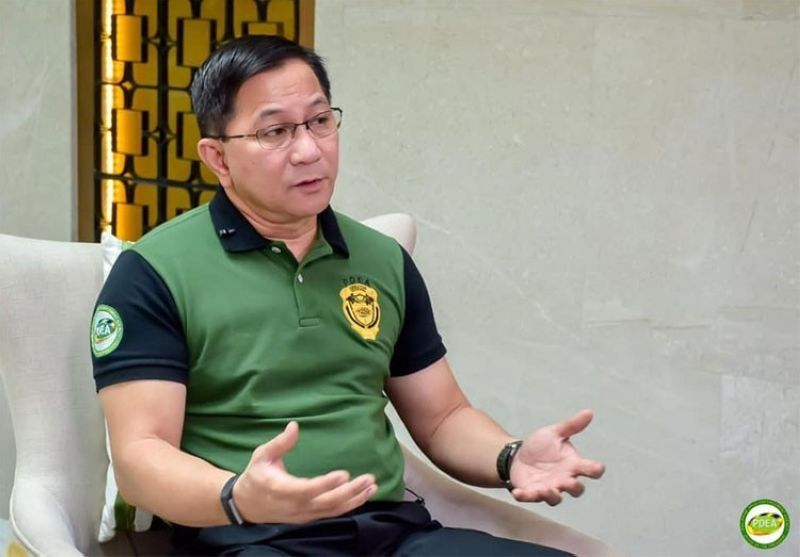 PHILIPPINE Drug Enforcement Agency (PDEA) Director General Aaron Aquino said on Wednesday, October 9, that he sought additional security for his family due to the threats he has been receiving following the revelations he made in the Senate investigation on ninja cops.

"I increased their security, nagdagdag ako. ‘Yung anak ko hindi na makalabas. My eldest told me she is not living a life. Sabi ko sa kanila bear with it, talagang ganito ang nangyayari,” he said.

“This was the hardest job I had, dumadami ang kaaway ko e,” he added.

Earlier, Aquino said he has been receiving “many threats” since he became a police official but the threats intensified after he faced the Senate and revealed that Philippine National Police (PNP) Chief Oscar Albayalde had asked him to hold the implementation of a dismissal order against 13 alleged ninja cops.

Ninja cops refer to police officers who recycle and sell illegal drugs that they confiscated during their operations.

Albayalde was then the National Capital Region Police Office officer-in-charge when he made the call to Aquino, who was then the Central Luzon Police Regional Office (PRO-3) chief.

The 13 cops were all former subordinates of Albayalde, who was the Pampanga police chief when the erring officers conducted in November 2013 an illegal drugs operation that was later found to be replete with irregularities.

During Wednesday’s hearing at the Senate, Aquino said he was not influenced by Albayalde’s phone call.

The 13 cops were ordered dismissed from the service but they were merely demoted following an order signed by then PRO-3 director Amador Corpuz in 2017.

For his part, former Criminal Investigation and Detection Group (CIDG) director and now Baguio City Mayor Benjamin Magalong that Aquino was in a quandary as to who to obey between him and Albayalde.

Magalong had conducted the investigation into the November 2013 anti-illegal drugs operation on orders of then PNP chief Alan Purisima, who had learned that the officers involved were able to purchase sports utility vehicles (SUV) following the operation.

Aquino denied that he was in a quandary, saying that “naipit lang ‘yung dismissal order.”

He said he had Baloyo’s case reviewed in 2016 since the penalty was only demotion.

General Graciano Mijares, who was among those who conducted the revision of recommendation after the conduct of review said Aquino asked him to leave the document on his table as he will have it reviewed again.

“Mukhang may lutong macao between the filing of motion for reconsideration and the decision partially granting the MR (that resulted in the downgrading of penalty from dismissal to demotion),” said Senator Panfilo Lacson. (SunStar Philippines)