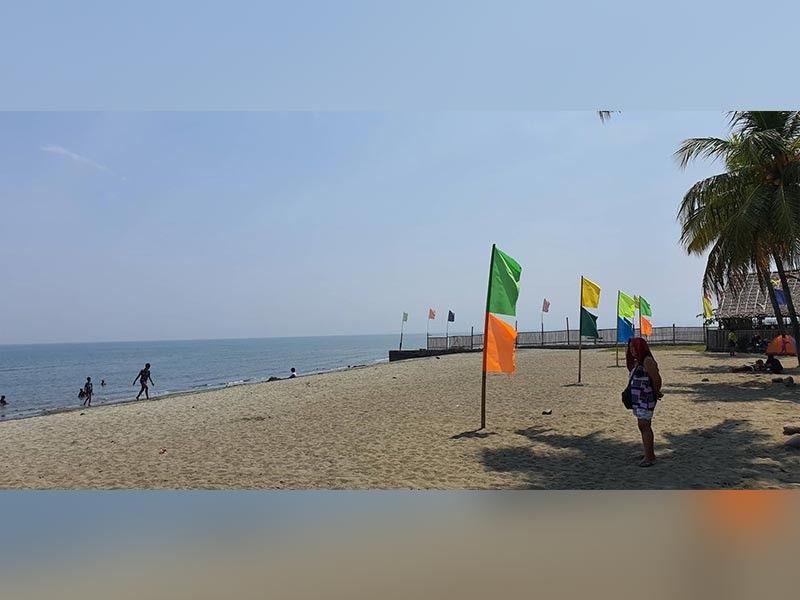 CAGAYAN DE ORO. One of the beach resorts in Barangay Bonbon, this city. (Photo by Nef Luczon)

Clenro chief engineer Armen Cuenca said the standard level of coliform content usually found in rivers and seas is only at 100 (MPN/100ml), but the test conducted in the second quarter of this year showed coliform level reaching 400.

Coliform bacteria are organisms that are present in the environment and in the feces of all warm-blooded animals and humans.

City Mayor Oscar Moreno has created a Local Water Quality Management Area (LWQMA), which seeks stakeholders collaboration, to keep the water quality in water body and its tributaries within the water body’s classification or even improve the quality to higher classification.

Through the LWQMA, an action plan will be prepared in order to address water quality issues and problems in an area.

Section 5 of RA 9275 or the Philippine Clean Water Act of 2004 tasked the DENR in coordination with the National Water Resources Board to designate certain areas as water quality management areas (WQMA) using appropriate physiographic units such as watershed, river basins or water resources regions.

The LWQMA is composed of the City Health Office who will oversee health concerns, City Agriculture Office to monitor possible piggeries around the river, the Office of the Building Official, and the City Housing and Urban Development Department (CHUDD) to monitor informal settlers defecating on the river, among others.

Cuenca added that the city will also purchase this year a one-million mobile water quality monitoring instrument which will measure the water quality regularly in the city’s water bodies.

The instrument will be purchased before the year ends, Cuenca said.