‘Free Wi-Fi for All’ launched in Oro 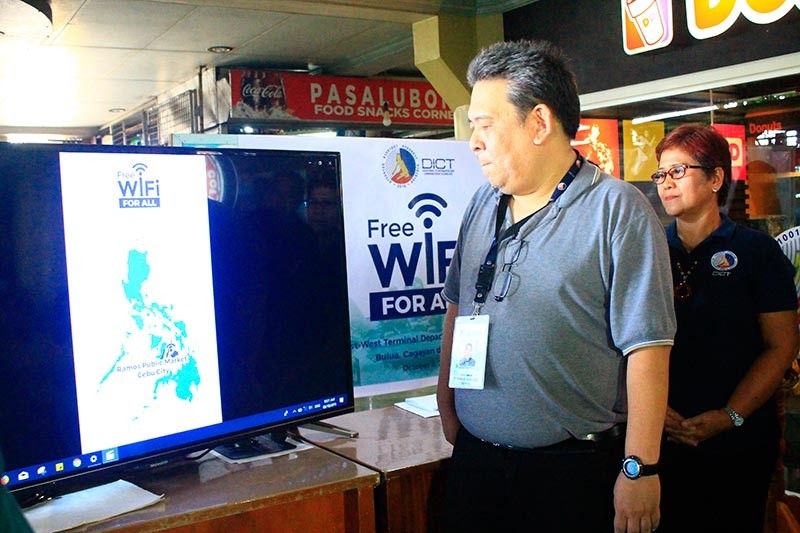 AS PART of its nationwide campaign to provide free internet for all, the Department of Information and Communications Technology (DICT) has launched a free Wi-Fi site at the Westbound terminal and Public Market, Tuesday, October 8.

The DICT’s Free Wi-Fi for All-Free Public Internet Access Program aims to accelerate the Philippine government’s efforts in enhancing internet accessibility for Filipinos so that economic, social, and educational opportunities will be bolstered, and the growing digital divide can be bridged.

The simultaneous launching of the Free Wi-Fi for all Program is also in line with the 100-day mark since Secretary Gregorio Honasan II assumed office.

“One of the orders gyud ni secretary when he came to DICT was we will have to make our projects be felt by the constituencies,” DICT assistant regional director Frederick Amores said.

“And I think what the best way for that is that if ma-feel gyud sa atong publiko, especially diri sa atong terminal,” he added.

Amores said more than 50 gadgets were connected in the WiFi in the morning of Tuesday.

“Overwhelming kaayo ang response sa public sa paggamit. Hopefully we will be able to maintain the quality and the speed of teh internet,” he said.

Jocelyn Peñalosa, the OIC manager of the Westbound terminal and Public Market, for her part, said the program will empower Kagay-anons and Mindanaoans to a better accessibility to economic, social and education opportunity in this globally competitive world where internet is no longer part of one’s liability but rather of one’s asset.

“This do not just build a bridge towards the growing digital demand but this also provide greater opportunity for Mindanao to connect itself with the world,” Peñalosa said.

He added that they are also going to implement the growing initiative for the provincial Wi-Fi network.