The calculus of climbing Acatenango 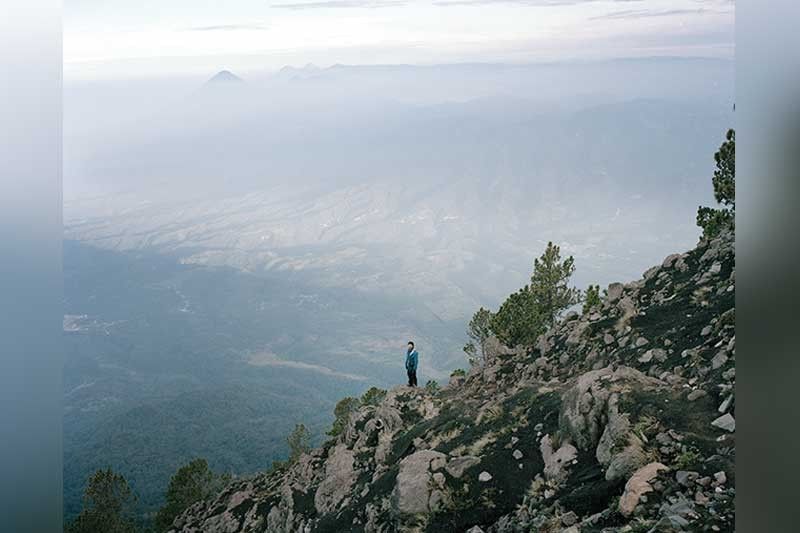 Benoit standing on the precipice, from 13,000 feet. Green country below and more volcanoes in the distance. (Photo by Dale S. Jabagat) 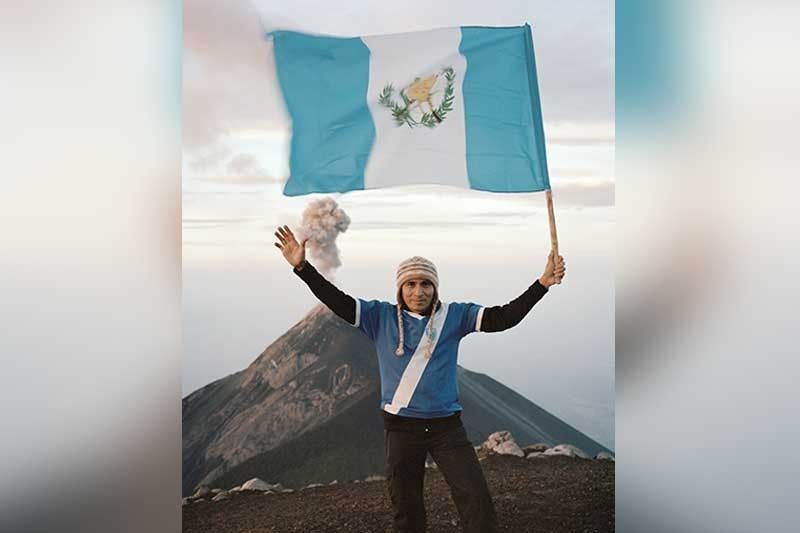 Chaping is to Guatemalan what Pinoy is to Filipino. Waving the flag at the summit of Mount Acatenango. (Photo by Dale S. Jabagat) 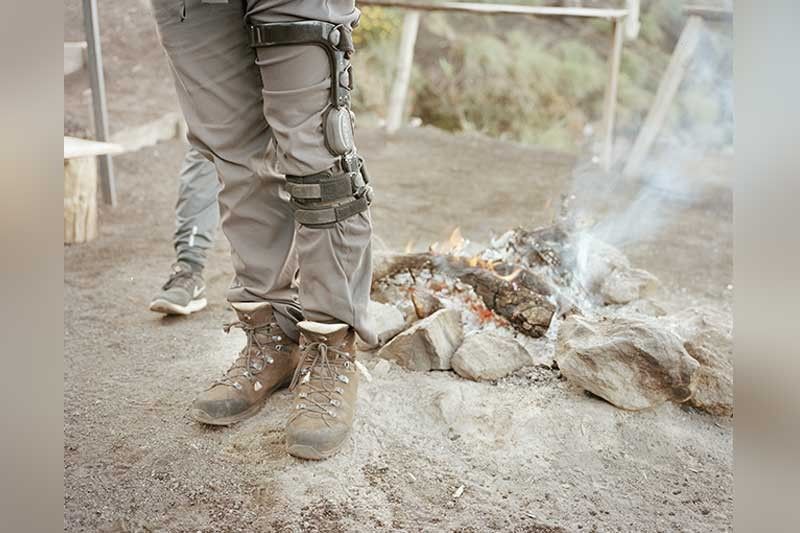 LEG BRACE. Brace yourself for a six-hour trek up to the summit of Acatenango. (Photo by Dale S. Jabagat) 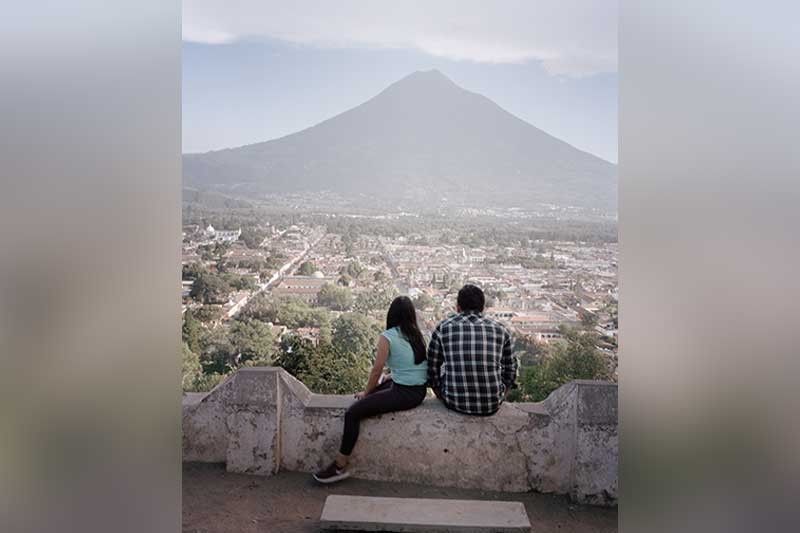 View of the Unesco heritage site, Antigua Guatemala, with Volcán de Agua in the background. (Photo by Dale S. Jabagat) 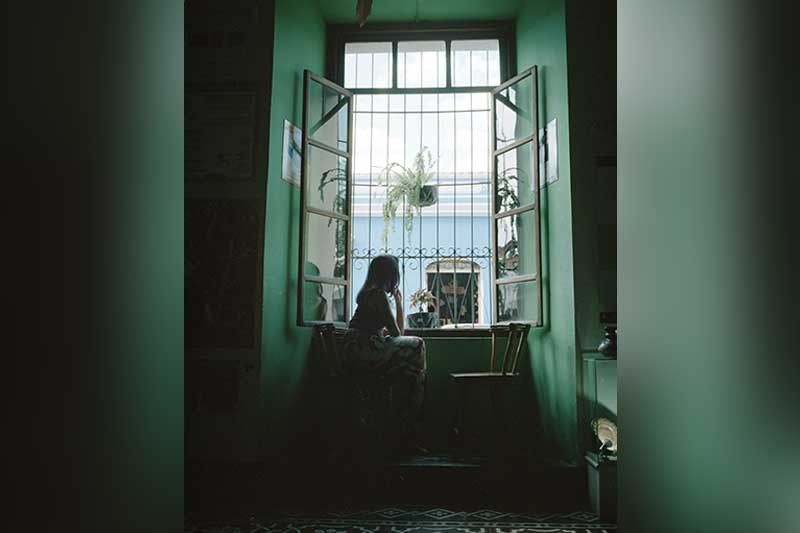 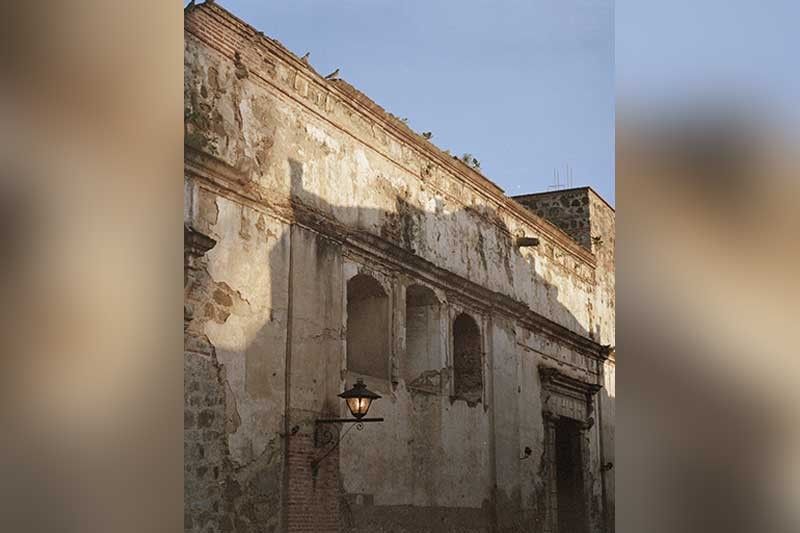 Ruins of a Cathedral in early morning light in Antigua. (Photo by Dale S. Jabagat) 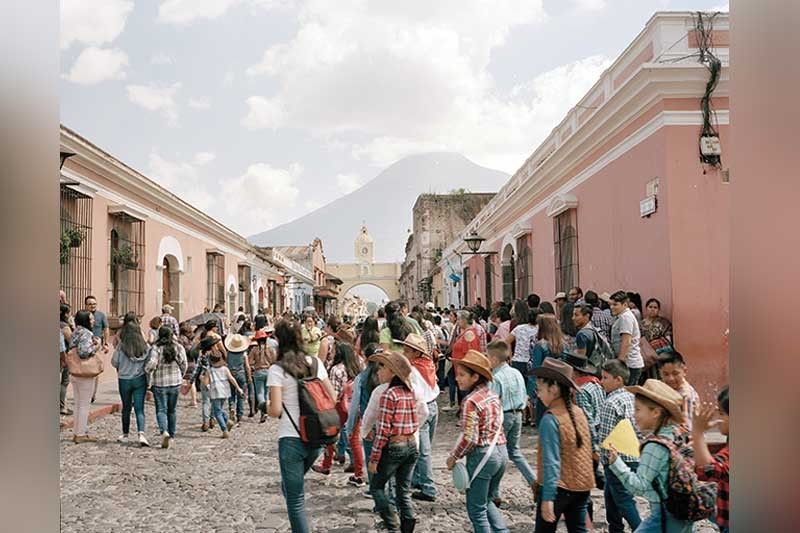 SLICE OF LIFE. Antigua Guatemala is still a lived-in town, where school kids get playtime in the street. (Photo by Dale S. Jabagat) 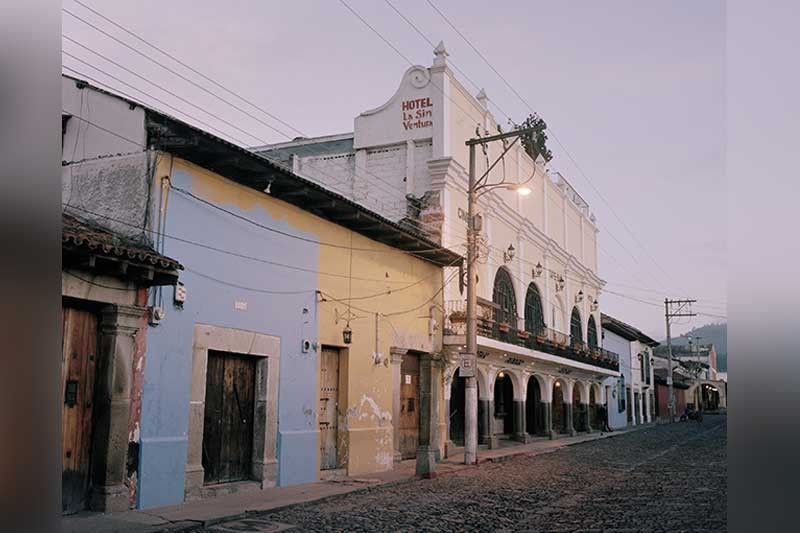 Traveling is much an experience of time as it is of place. The façade of a Spanish era hotel in Antigua Guatemala. (Photo by Dale S. Jabagat)

THE landscape will eventually reveal itself, in the shape of the rocks, the color of moss, the softness in the loam, the smell of clouds once you walk above them, cyan, green and blue.

It will also exact a toll, walking up the equivalent of 250 floors isn’t anything to scoff at, especially if the air is thin, as it is wont to be in mountains 4,000 meters high. On top of this, this isn’t just one ordinary mountain, these are twin peak volcanoes, one of which is muy active, and just a year ago buried an entire village in a massive eruption.

We are in Guatemala, and taking shelter amidst its many volcanoes is its former capital, Antigua. Now, traveling is just as much an experience of time as it is of space. Yet fewer and fewer places are left that are gifts of both. Here is one, a stately and graceful Spanish reverie of 17th century baroque churches, stucco homes with tiled roofs laid out on a grid of cobblestone streets and avenues. In the ‘30s, Aldous Huxley, observing its semi-ravaged beauty, called it “One of the most romantic places in the world.” There are similar cities all over the world, Cartagena comes to mind, San Miguel de Allende, but nowhere else has the present times been so gently kept at bay. Unlike those places which seem performative, curated for the tourists, Antigua is still lived-in. This is most evident at dawn when the tender promenade of the town folk begins under the old street lamps. Children walk to school, the street vendors sing their merchandise for breakfast seekers as goatherds kettle their herd away from the rushing chicken buses. Guatemalans are a beautiful people, Mayans more than mestizas, able to walk low to the ground with loads of things balanced on their heads.

At the end of every street rise the slopes of three volcanoes looming in the distance. Agua, a perfect cone and falsely threatening, last erupted in the ‘70s. Dormant Acatenango, “the place of many avocados,” killed a half dozen campers in January when an unexpected cold spell descended in its caldera. Then there is Fuego, still active, blowing its top every few minutes. Last year, lahar spewed from Volcán de Fuego in a violent event, within a few hours of warning from volcanologists. Hundreds perished. Antigua’s history itself is marked by devastating earthquakes, leaving a handful of ruins of old cathedrals and churches around town. It could be an allegory of Guatemala’s tragic politics, marked by genocide, civil wars, and mass migration then and now, the earth swallowing up life without warning.

So it is up this allegory that I, along with a gang— that included an ex-army man, a handful of yoga practitioners, an avid mountain climber from Banff, GemoBo, and Kristoff—decided to climb. When do we climb? Why do we climb? But the proper query could be, Why not?

Accompanied by Hachie, a pregnant dog, and our intrepid guide Jaime, we start our ascent in the farmland zone. Mud brick-houses stand guard on withering corn fields, dried up by the warming climate. In April the US government froze up $450 million dollars in aide, over what it describes as the failure to curb the outflow of north-bound migrants. Farmers used to get $60 monthly.

Hachie is oblivious to the geopolitics and runs up the slopes. Meanwhile, the humans begin using hashtags like #hyperventilation, #dontpassout, #quadricepgoals, as the trail steepens and gives way to dense tropical forest. The air thins out as we reached 10,000 feet, the alpine zone. The trees here look scarred by the recent pyroclastic flow, and the land is volcanic soil. At times it got unbearable fighting a force as elemental as gravity. But then, six hours later, we reached base camp, where an outhouse waited. For a hole in the ground, it had the best view of Volcán de Fuego blowing kisses in the wind.

As night fell, we are treated to a spectacle. Out in the horizon, lightning and lava decorate the night sky like rubies spit out from the ground. Fuego’s eruptions are peculiar, they start and end abruptly, followed by quieter, almost whispering rumbles.

The next morning at 3 a.m., Jaime rouses us up. It is time to hike up another ball-busting, nearly vertical climb up to the summit. The calculus of climbing Acatengano did not include an unexpected reward. It was neither the view, nor the pretty sunrise. Neither the conquering of fears, nor the staring down of limitations; but the knowing of them, the acceptance of them.

Upon returning home, that new knowledge seeped into all my new endeavors, as I face new responsibilities I’ve been given. I feel like maybe, just maybe, I can climb them all.