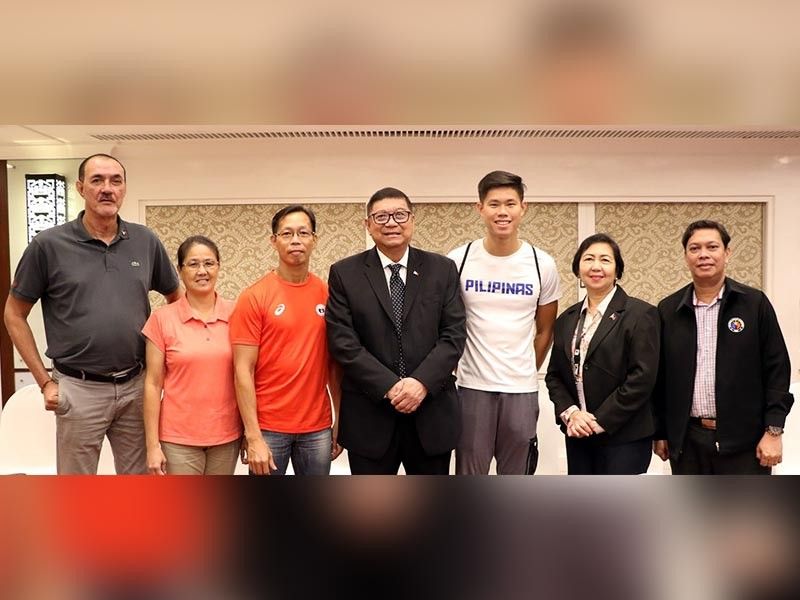 STILL high over already having two Olympic 2020 qualifiers in EJ Obiena of athletics and Carlos Yulo of gymnastics, the Philippine Sports Commission (PSC) announced they are increasing their support, tailor-fitted to the requirements of the said athletes.

The PSC also assured support to those in the elite list of possible Tokyo Olympians in the country's bid to finally bring home its first Olympic gold.

Obiena, accompanied by his mother Jeanette and father-coach Emerson, a former athlete himself, visited PSC Chairman William Ramirez on Tuesday, October 8, and thanked the PSC Chief for the support that the agency has extended to him.

Ramirez congratulated Obiena for qualifying to the Olympics and assured him that the agency will back him on his Tokyo 2020 campaign.

"If this works, then we will adapt this in the next cycles," said Ramirez adding jokingly that it can be called the "Obiena template".

The pole vault champ will now have his own team composed of a physiotherapist, sports nutritionist and sports psychologist. The PSC will also provide him support to cover his housing and nutrition requirements.

He is being trained by celebrated coach Petrov Vitaly, while the elder Obiena assists during his overseas training and ensures continuity while they are in Manila.

Obiena expressed his appreciation for the PSC's support assuring them that he will give his all to perform at his best.

Ramirez, a long-time basketball coach, reminded Obiena to play without pressure and not forget to have fun.

"When you like what you are doing and you are happy, you perform better." explained Ramirez who is also Team Philippines' Chef de Mission.

Presently only one other national athlete enjoys the privilege of having her own team, Olympic Silver medalist Hidilyn Diaz, a 2020 Olympic shoo-in.

Ramirez informed that they will also sit down with Yulo to discuss building his own team. (PR)