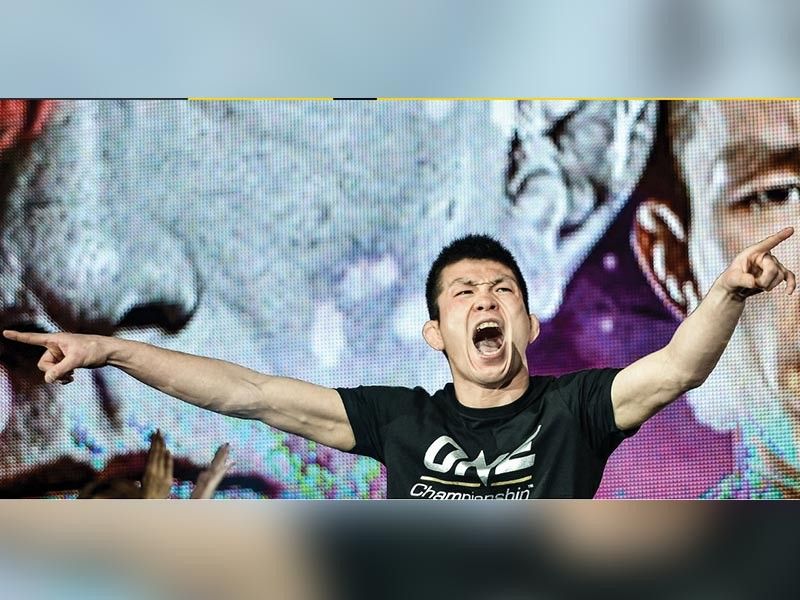 FEW athletes will get a reception like Shinya Aoki at the biggest martial arts event in history.

On October 13, the 36-year-old will face Honorio Banario in the co-main event of ONE: Century Part II, and he will be the hot favorite to emerge with his hand raised among the home fans.

The former ONE lightweight world champion has a phenomenal record in Japan, and his compatriots at Tokyo's Ryogoku Kokugikan will expect him to feed off their support and add to his highlight reel with another signature submission.

However, the Evolve representative insisted that he will not gain any extra advantage by competing in his hometown, even if he is excited by the prospect.

"I'm happy to be competing in Japan. It doesn't matter who my opponent is," he said. "It's a little bit easier because I don't have to go anywhere on an airplane, but I also like competing overseas. I don't see [being in Tokyo] as an advantage. Whether it works as an advantage or a disadvantage is totally up to us as athletes."

Aoki may be quick to downplay any benefit to competing on home soil, but the statistics suggest otherwise.

The Evolve representative has not lost in his homeland for more than 10 years, and he has achieved some of his most iconic wins in that time.

They include his near-perfect performance in March. At ONE: A New Era, Aoki faced Banario's teammate Eduard Folayang and won a highly-anticipated rematch with ease thanks to some textbook grappling.

Banario is a striking specialist with a wushu base like his training partner, but that will not impact Aoki's game plan as much as you might think.

"It doesn't make any difference at all that they're on the same team because they are different people," he explained.

However, he said that he has focused on training with Brazilian Jiu-Jitsu black belts for this assignment, so it would be no surprise to see him chase a finish on the ground against a man who has suffered more than half his losses via submission.

Aoki is confident he can get the win, but he will also carry some fear into the contest. But as he explained, that is nothing new.

"I get excited every time I compete," he said. "More so than the opponent, is sort of internal. I am battling against myself. I'm not scared of my opponent - it is scary to get in there and compete, to be judged. This bout is scary, just like always. That doesn't change against any opponent."

Despite his anxieties, fear is not the overriding emotion when he competes - especially when he is in the Circle in Tokyo.

Aoki still loves the thrill of battle and getting his hand raised, so he is excited to have another starring role in the world's largest martial arts organization at ONE: Century.

"It's fun - I enjoy it more than anything else," he added. "When all is said and done, there is nothing like it." (PR)