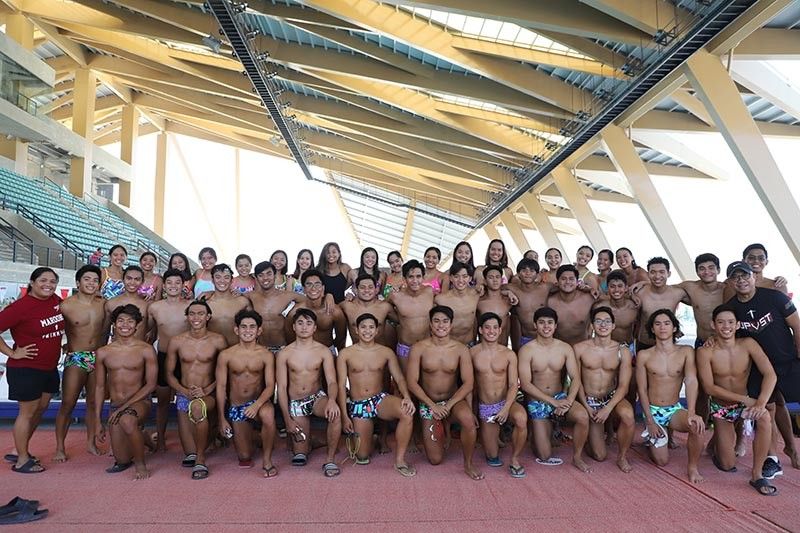 More than 50 members of the University of the Philippines (UP) Varsity Swimming Team trained at the newly-built world-class Aquatics Center, which will serve as one of the venues for the upcoming 30th South East Asian Games from November 30 to December 11.

"This pool is the first of its kind in the Philippines, and I think it will really help the development of [competitive] swimming in the country," said Hans Chua, captain of the UP men's swimming team.

Nadine Tee Ten, co-captain of the women's team, added that, "Performance wise, this kind of facility is an extra motivation, an extra push [to do] better. It simulates the competition type of environment."

The UP pool is currently closed due to a long-overdue renovation, which makes training for the team more difficult as they compete for this season's University Athletic Association of the Philippines (UAAP) swimming championships.

Yssa Pogiongko, captain of the women's team, shared how hard the team works to represent their school and bring pride to the UP community. UP is the only state university competing among the eight-member collegiate league.

"Swimming is a sport that takes a lot of training and practice to become better so we really train every day," Pogiongko said, adding that, "As much as we can, we train twice a day. We put so much effort in every training session -- whether early in the morning or late at night."

"Our athletes lack modern training facilities that they deserve that's why we're happy to host the UP varsity swimming team since New Clark City is built to be an inclusive city," Dizon said.