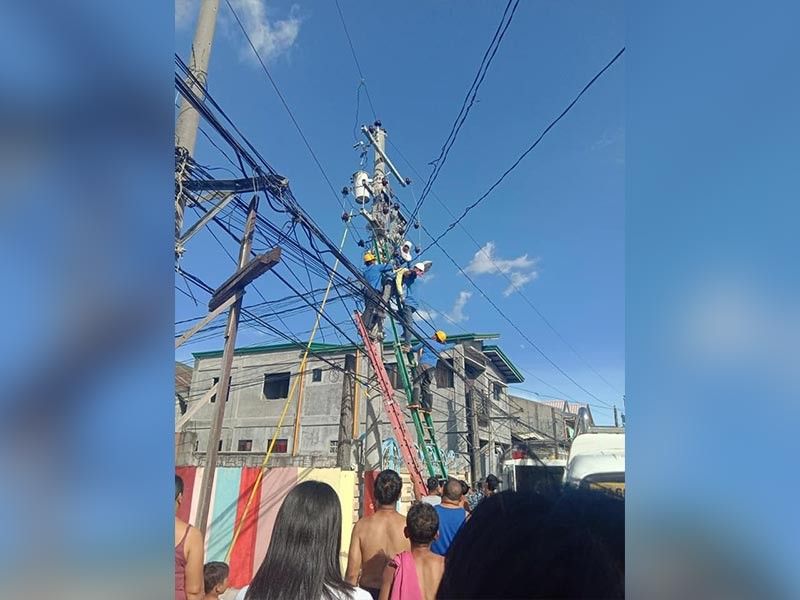 PAMPANGA. Pelco-3 linemen rescue a fellow lineman on Tuesday, October 8, 2019, after he was electrocuted while reconnecting power lines. (Contributed photo)

Police Chief Major Romwald Basa said the victim was identified as Mark Lester Enriquez, 33, employed at the sub-office of Pelco-3 in Masantol.

Enriquez was reportedly electrocuted while re-connecting the cut-off lines of Pelco-3 consumers who failed to settle their electric bills.

During the re-connection process, Basa said the victim hit a live wire and became unconscious thereafter while still hanging on the electric post.

Personnel of Pelco-3 were able to rush Enriquez to the nearest hospital after bringing him down from the electric post but he was declared dead on arrival by the attending physician.

Meanwhile, Pelco-3 Masantol Sub-Office area manager Calixto Gutierrez said in his statement to police that the victim allegedly acted without formal instructions from his foreman.

"The victim performed his duty as a lineman and climbed up on the ladder to the electrical post to connect the no power consumers without prior notice from his foreman," Gutierrez said.

Another Pelco-3 lineman was also electrocuted, causing his death in 2018. The incident happened a few meters away from the electric post where the incident involving Enriquez transpired.