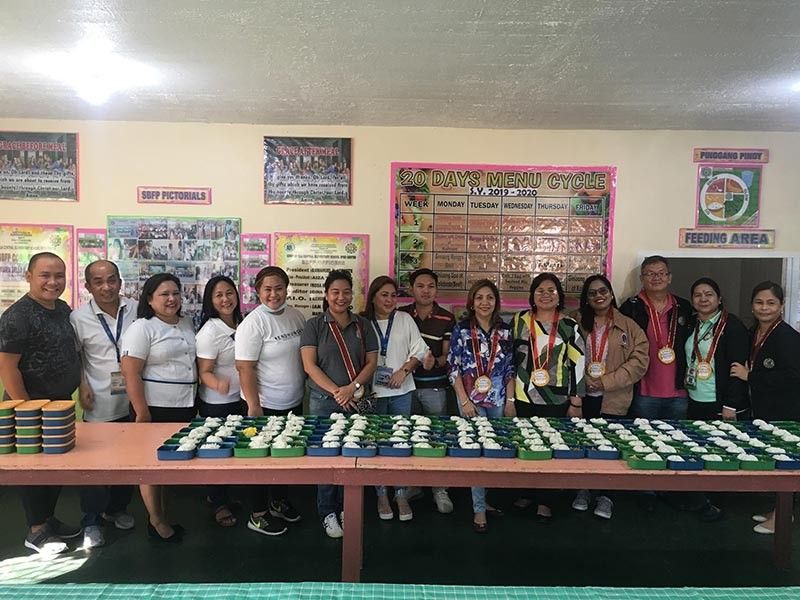 A DAVAO City councilor wants the city to adapt the school feeding program of Compostela Valley that could help address malnutrition.

Councilor Mary Joselle Villafuerte in her privilege speech Tuesday, October 9, said she is pushing for a School-based Feeding Program Ordinance in the city, as patterned to the Bayanihan Para sa Kalusugan-Kusina ng Kalinga" (BPSK-KNK) program of Compostela Valley.

BPSK-KNK was pilot tested in 2016, wherein it was able to decrease the incidence of malnutrition in the province by at least 75 percent.

Meanwhile, in the recent data from the Compostela Valley Provincial Administrator's Office-Information Division, the program has reached a successful rate of 93.4 percent in 2019, with 770 school children who have reached a normal nutrition status after the 120-day feeding program, leaving only 54 undernourished students during the pilot testing.

Villafuerte said malnutrition is still a serious problem the city is currently facing.

CHO head Josephine Villafuerte, however, said the severely acute malnutrition (SAM) status in the city is currently on its lowest with 0.9 percent, based on their latest nutrition survey.

"This report, as well as close coordination with Mayor Sara (Duterte-Carpio) prompted a visit to Compostela Valley province," Villafuerte said.

Villafuerte said BPSK-KNK was successfully implemented by the Provincial Government since all 11 municipal mayors supported the program.

She said the central kitchen in each school district cooked meals using fresh ingredients from the market and vegetables from the Gulayan Sa Paaran Program (GPP).

GPP is a program of the Department of Education (DepEd) and the Department of Agriculture (DA), mandating all elementary and secondary public schools in the country by letting the students plant vegetables through organic methods.

"I, together with our colleagues who observed this program with me, as well as CSSDO and BCCAD (Barangay and Cultural Communities Affairs Division), highly recommend that we replicate this program here in our city," Villafuerte said.

"This will also ensure that we are able to implement the national law Republic Act 11037 otherwise known as the Masustansyang Pagkain Para sa Batang Pilipino Act, which seeks to institutionalize a National Feeding Program to combat hunger and under-nutrition among Filipino children, signed into law by PRRD (President Rodrigo Duterte) in June 2018," Villafuerte added.

The councilor's proposal was approved on first reading.