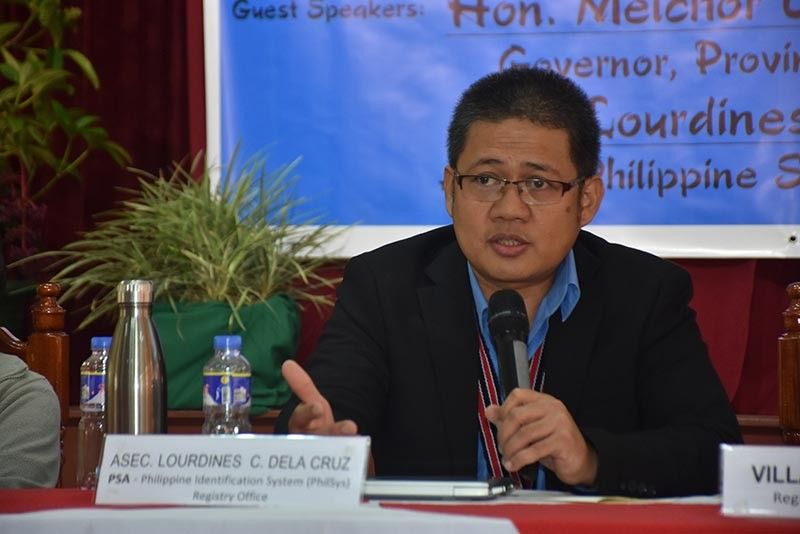 LA TRINIDAD, Benguet -- A year after the Philippine Identification System Act (PhilSys) was signed into law, preparation is on for the start of registration next year.

Lawyer Lourdines Dela Cruz, the man behind PhilSys and Philippine Statistics Authority (PSA) deputy national statistician, said a year after it was put into effect, the Philippine Identification System is not yet open to the public although a pilot registration started on September 2 in Manila.

“We are conducting this pilot project to ensure data holder, seamless implementation during the massive roll out,” Dela Cruz said in his speech during the 30th National Statistics Month 2019 in La Trinidad.

He added they are closely coordinating with local government units (LGUs) for the pilot registration to lessen the long lines and fast-track the filling up of forms for next year’s open registration.

President Rodrigo Duterte signed Republic Act 11055 or the Philippine Identification System Act in 2018 which aims to give valid proof of identity for Filipinos and residents in the country and fast-track transactions in the government and private sector.

Dela Cruz added in less than 60 days, the Implementing Rules and Regulations of the law was established and signed by the National Economic and Development Authority and partnered agencies.

September 2019 to June 2020 will serve as the preparatory stage and pilot testing, and from July 2020 to December 2020 will be the open registration to the public.

He explained that January 2021 to June 2022 will be the start of registration for residents and overseas workers, including dual citizens, while July 2022 to December 2022 will be set as the deadline for registration.

Dela Cruz stated that by mid-June 2022, PSA is tasked to have 110 million Filipinos registered.