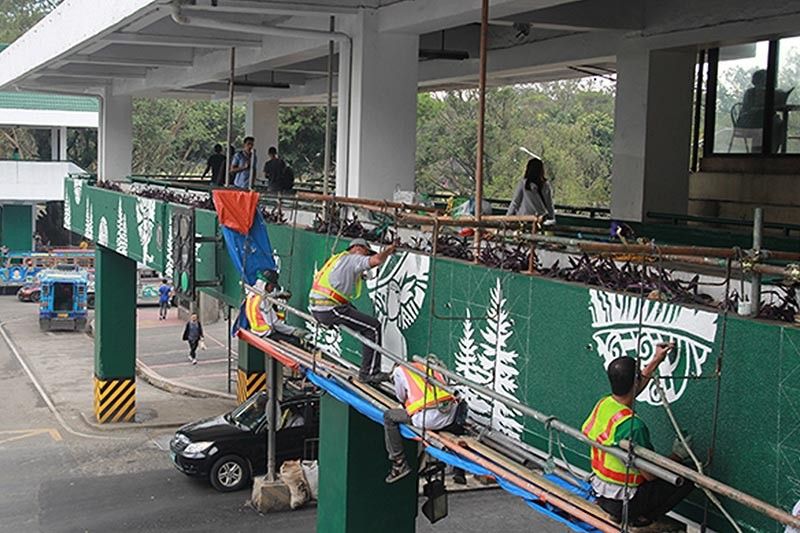 Workers in Baguio City beautify the overpass along Harrison Road and all other overpass in the central business district. (Jean Nicole Cortes)

BAGUIO City Mayor Benjamin Magalong assured the clamor for a building moratorium has been heard by President Rodrigo Duterte.

Magalong said a one-year building moratorium has been approved in principle by Duterte during a meeting they had last week with a subsidy of P500 million.

The mayor said the 12-month ban on construction covers only commercial buildings, not residential homes.

“Hopefully ma approvan component na funds. I spoke to DILG (Department of the Interior and Local Government) Secretary Eduardo Año last week and he is just waiting for our formal communication so we can implement the building and tree-cutting moratorium,” Magalongs said.

The call for a building ban grew louder in the wake of the 49 felled trees by Moldex Realty Inc., which earned the ire of city officials after glitches in procedure were seen by the legislative needing amendments.

The moratorium on the construction of high rise buildings in Baguio City was favored by Maryanne Alabanza, dean of the College of Architecture and Engineering and Urban Planning of Baltimore in Maryland, who said the city has reached its carrying capacity.

During the Senate hearing in Baguio City spearheaded by Richard Gordon to tackle the bill in creating a development authority for Baguio, La Trinidad, Itogon, Sablan, Tuba, and Tublay (BLISTT), Undersecretary Adoracion Navarro of the Regional Development Office of the National Economic and Development Authority (Neda) stated aside from moratorium of buildings, there should be focus on the underlying principle which is the carrying capacity of the city.

Formal approval has yet to be sent by the palace to the city.