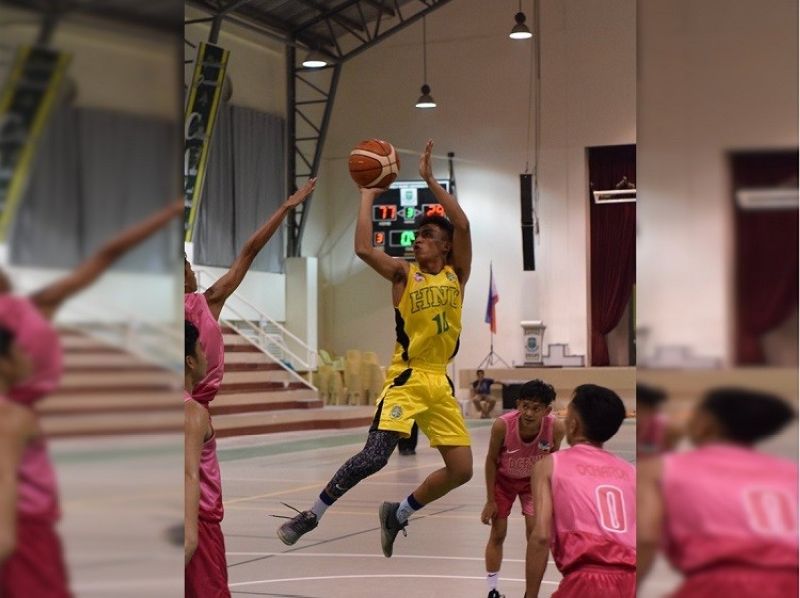 Jhan Rhinner Ampoloquio attempts a contested shot in their game against DCPNHS in the BSAA Season 9. (Contributed photo)

Jhan Rhinner Ampoloquio led the charge of HNU with his all-around performance of 22 points, six rebounds and five assists.

Four other players scored in double-figures for HNU with Therryll Hora punching in 21 markers, Godwin Zamora and Ulysses Agocoy adding 15 points apiece and Jon Jay Bustrillos putting up 13 in the wholly one-sided affair.

HNU got the party started early, racing off to a huge 34-10 lead after the first, which steadily ballooned until it reached a whopping 70 points at the game’s final buzzer.