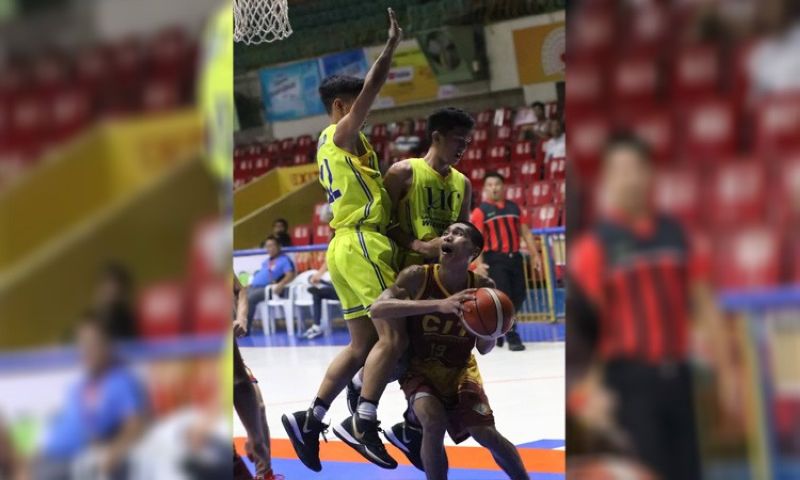 Darryl Versales of the Cebu Institute of Technology University (CIT-U) gets two University of Cebu Lapu-Lapu and Mandaue (UCLM) players up in the air on his way to the basket. (SunStar foto/ Amper Campaña)

THE Cebu Institute of Technology-University Baby Wildcats put an end to their five-game slump with a 76-74 win over the University of Cebu-Lapu-Lapu and Mandaue in the 2019 Cebu Schools Athletic Foundation Inc. (CESAFI) high school basketball tournament at the Cebu Coliseum on Thursday, October 10, 2019.

However, the resilient UCLM trimmed the deficit down to two after baskets by Ryan Nemenzo and Karym Saz, 27.8 seconds left on the clock. They even had a shot at tying or even taking the lead after CIT-U’s Daniel Rollon missed two from the charity stripe.

But Jose Tongcos came up with a huge defensive stop, swiping the ball away from Nemenzo to seal the victory for CIT-U.