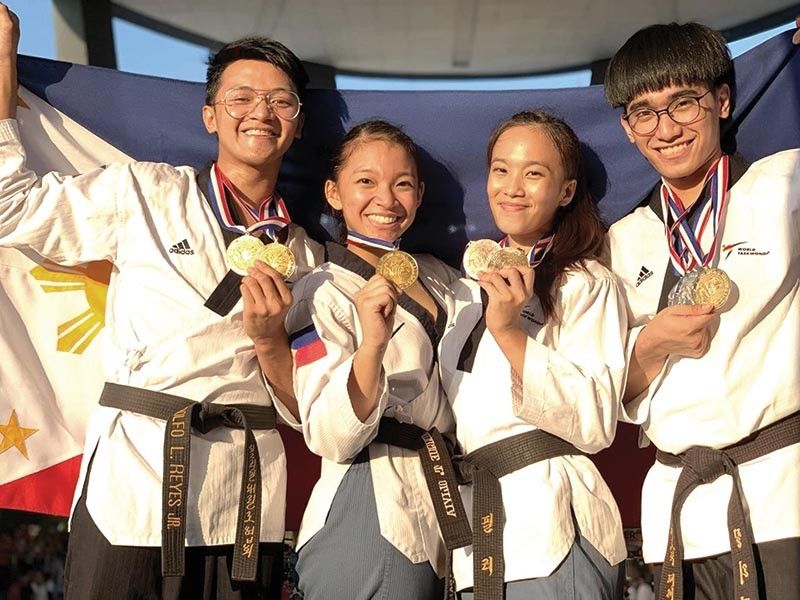 CEBUANA jin Rinna Babanto is considered as one of the country’s medal prospects in the 30th Southeast Asian (SEA) Games, which is set on Nov. 30 to Dec. 11 at the New Clark City in Capas, Tarlac.

The Philippine taekwondo team is aiming to win at least five gold medals in the regional biennial, according to the Philippine Taekwondo Association (PTA) executive officer Sung-Chon Hong on Thursday, Oct. 10, 2019.

The PTA executive refused to identify the sure gold-medal winners, but mentioned the names of Pauline Lopez, Elaine Alora and Butch Morrison, as well as the decorated men’s poomsae squad of JR Reyes and Dustin and Raphael Mella and women’s team of Juvenile Faye Crisostomo, Rinna Babanto and Janna Oliva.

Hong said his athletes are prepared and in high morale following the all-out support by the federation and the Philippine Sports Commission (PSC). In line with this, they are set to embark on a 10-day training in South Korea by the end of October.

“This training by the taekwondo jins, supported by the PSC, is our push towards our aim to win the medals in the Sea Games,” PSC chairman William Ramirez said.

“I think we can win around five gold medals,” Hong stated.

“Of course, in taekwondo, nothing is definite as a lot of factors are in play. But if you ask me if I’m confident, I can say that yes, I’m really, really confident. We are ready to compete even if the SEA Games will be held next week,” said Hong. (RSC FROM PR)