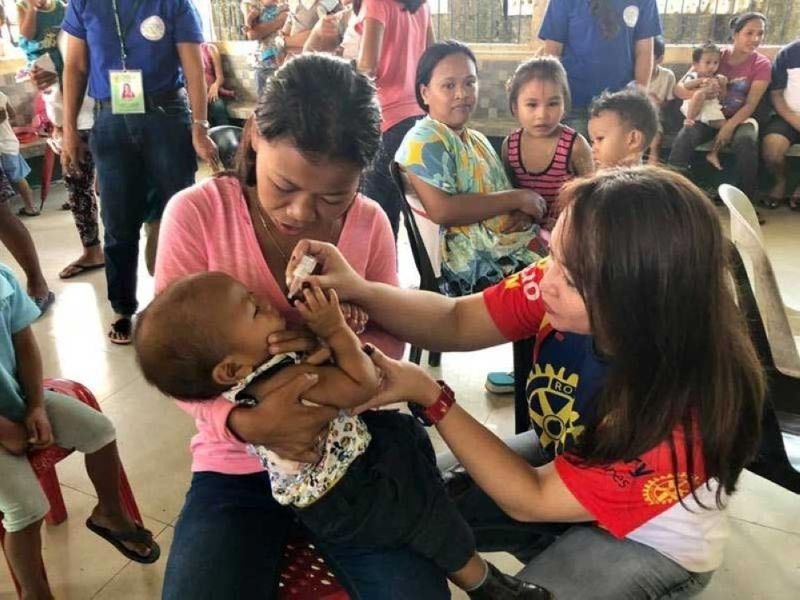 THE Davao City Health Office (CHO) bared that the city is working on with an ordinance mandating all parents to have their children immunized through vaccination.

CHO technical division chief Dr. Julinda Acosta said during the iSpeak media forum yesterday, October 10, that their office is currently coordinating with Councilor Mary Joselle Villafuerte in crafting an ordinance that requires all their children to undergo vaccination.

Acosta said prior to her communication with Villafuerte, CHO also proposed the ordinance during a local health board meeting.

Although she clarified that the ordinance will not have any penal clause, hence, its goal is to encourage more parents to have their children immunized especially with the ongoing poliovirus outbreak in the country.

"If dili gihapon sila musugot (nga bakunahan ilang mga anak), we will still try our best nga ma-convince sila (If the parents won't still be convinced in having their children vaccinated, we would still continue exerting our efforts until they would finally be convinced)," Acosta told reporters.

Recently, the City Government announced that they will start the three rounds of immunization against the poliovirus on Monday, October 14, in Bankerohan, Barangay 5-A.

CHO, in a previous report, targets to have a 100-percent immunization to children between zero to 59-months old, which is considered as a target age group of the immunization.

This came after the Department of Health (DOH) confirmed that a sample of a poliovirus was traced from the Davao River near the Bolton Bridge area.

Acosta said children under the target group will be given an oral polio vaccine type 2 (OPV2) during the mass vaccination.

"Parents should have immunized their children with polio vaccine 2 since there is an outbreak," she said.

She also said children who were born 2016 onwards also target to be vaccinated with the OPV2 vaccine since it was already phased out in health centers after the World Health Organization (WHO) declared that poliovirus type 2 no longer exists.

The official, meanwhile, said the local health office is continuously disseminating information about the virus, which would cause the child's deformity and death if not prevented through vaccination.

"We already told barangay officials about what they should do especially to those parents who would still refuse to have their children vaccinated," Acosta said.

"The barangay health workers will write their (parent's) name, and their address, which will be submitted to our office. Right after, we will personally visit them in their houses so that we would be able to let them understand the importance of vaccination," Acosta added.