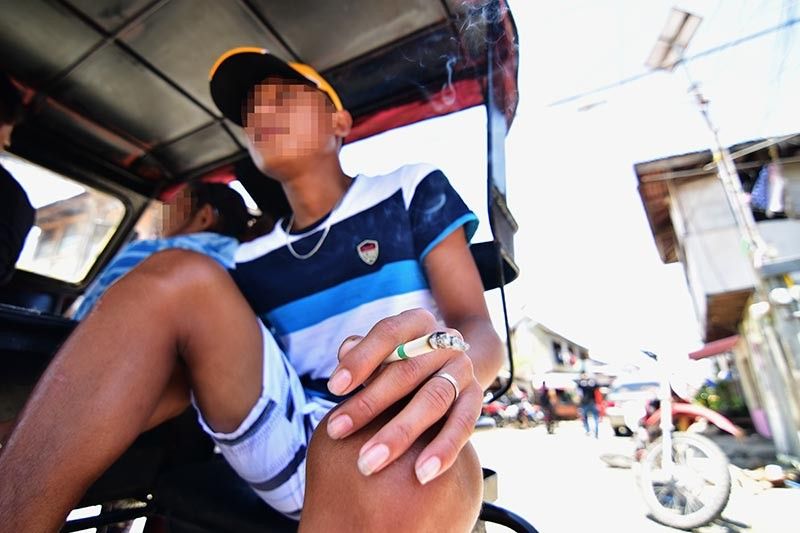 9K APPREHENSION. The Davao City Vices Regulations Unit has already recorded nine thousand apprehensions from January to August this year compared to last year's nine thousand for the whole year. The rise of apprehensions is attributed to more enforcers deployed to the field. (Macky Lim)

THE Davao City Vices Regulation Unit (VRU) recorded more than 9,000 apprehensions in all forms of violation from January to August this year.

This had broken the same number of apprehension recorded from January to December 2018.

However, VRU head Dr. Ashley Lopez said they cannot provide an exact number yet as it still being validated by their office.

He said the recorded apprehensions include those who violated the city's anti-smoking, liquor ban, and sobriety ordinances.

Lopez said around 80 percent of individuals apprehended violated the anti-smoking ordinance of the city. The remaining 20 percent are those who violated the liquor ban and sobriety ordinance.

"It's increasing. But we perceived it as good because we have an intensified campaign on anti-smoking and the liquor ban," he said during the iSpeak media forum at the City Hall of Davao.

Apart from the Philippine National Police (PNP), who is one of the lead auxiliary agency in the implementation, Lopez said VRU additionally deputized enforcers from the military, coast guards, different concerned agencies, support groups, and volunteers.

Lopez said previously, enforcement was only once or twice a month. He also said enforcers cannot roam around the city the whole day due to lack of manpower.

"But now, we were able to conduct enforcement as much as 24/7 of the day, we have an [dedicated] monitoring team for that," he said, adding this allowed them to apprehend more violators.

The Anti-Smoking Ordinance, Liquor Ban, and the Sobriety Ordinance, are landmark legislations enacted under the administrations of then-City Mayor now President Rodrigo Duterte. Duterte, in his State of the Nation Address (Sona) this year, highlighted the city's landmark ordinances, which he wants to be imposed nationwide.

Although he clarified that minors apprehended during their operation are not counted in their data for they are automatically referred to the City Social Services and Development Office (CSSDO) for intervention.

Lopez said VRU has already medical interventions that are available for those who wish to quit their vices, especially in smoking.

The official, previously, said that they were also able to apprehend tourists, both local and foreign. However, he said he agency is still finalizing the data for this.

While the city's growth has attracted tourists and migrants, he said some are even not aware of the law.

Lopez added the unit will be integrating their monitoring by deputizing 3,800 personnel from Civil Security Unit and selected officials of all barangays in the city.