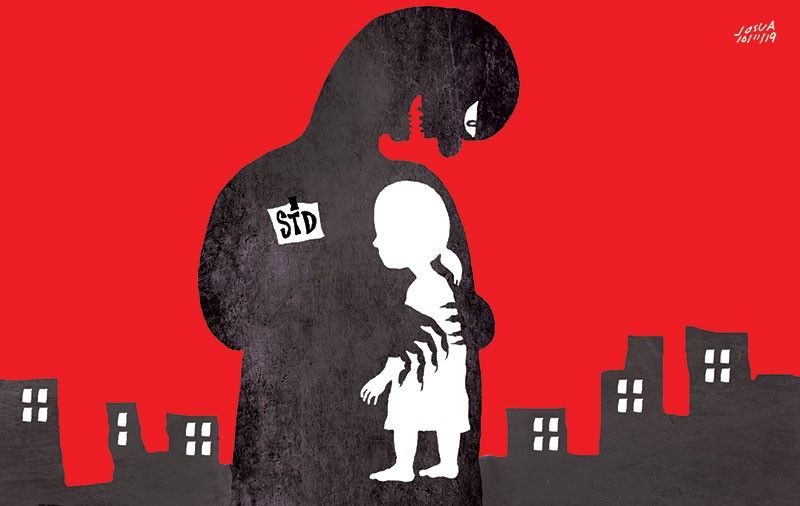 THE Department of Health (DOH) Central Visayas reports of an alarming rise in the number of children, between 11 and 12 years old, who have sexually transmitted infections.

DOH Central Visayas HIV/Aids program coordinator Dr. Van Phillip Baton said most of these infected children engage in sex to earn money. The children, said Baton, do not understand the risk of having multiple partners.

The news emphasized on the data of the Epidemiology Bureau, which says that HIV infection among 15-24 years old is rising, catching up with the 25-34 age group, which has the highest rate of infection.

While that is, of course, a cause for concern, HIV only falls among the list of sexually transmitted diseases (STDs).

In July this year, Filipino dermatologist Dr. Gilbert Yang reported that the most common STDs are gonorrhea, herpes and syphilis. He said more people get them than HIV.

Based on clinical experience, in a random group of 10, STDs include three gonorrhea, two genital warts, two cases of herpes and one HIV.

His findings coincides with a World Health Organization (WHO) report in June that said one million people worldwide get sexually transmitted infections every day, namely chlamydia, gonorrhea, syphilis and trichomoniasis. It also revealed that 500 million people are estimated to have genital infection with herpes simplex virus.

The Philippine Dermatological Society began documenting STIs in 2011. Its report last year showed a total of 665 syphilis patients, 2,053 human papillomavirus-infected patients and 977 with herpes that were being treated in the country from 2011 to 2018.

The DOH-CV’s report showed a growing infection rate among children, but worse than the figure is the fact that these children are engaged in sex for money.

Here is one complex problem that is at once pointing out weak links in law enforcement, health, and governance. Government agencies can mobilize resources to address this. Now that the DOH has pointed it out, we hope this awareness will translate into action.