A village broken by priest's 'sex abuse' healed by faith 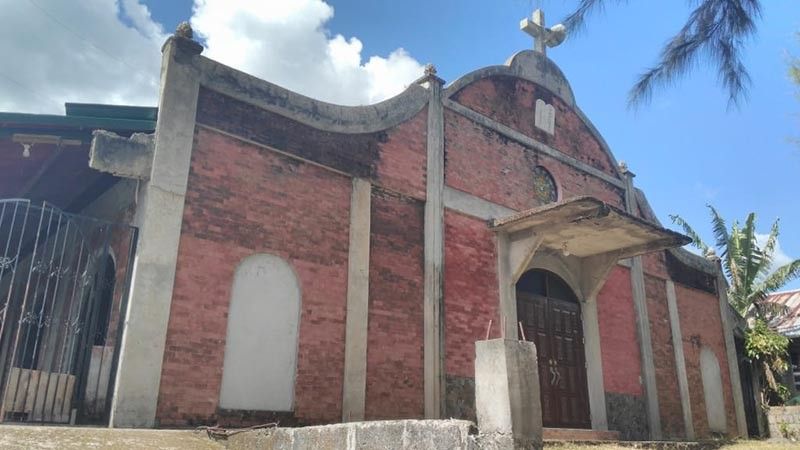 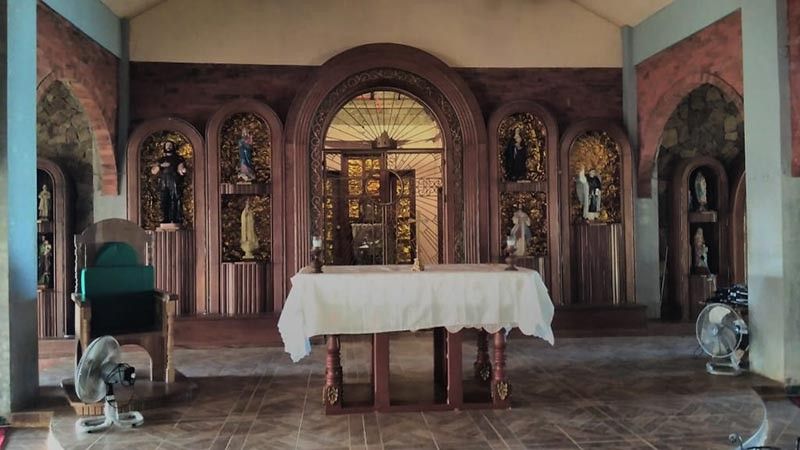 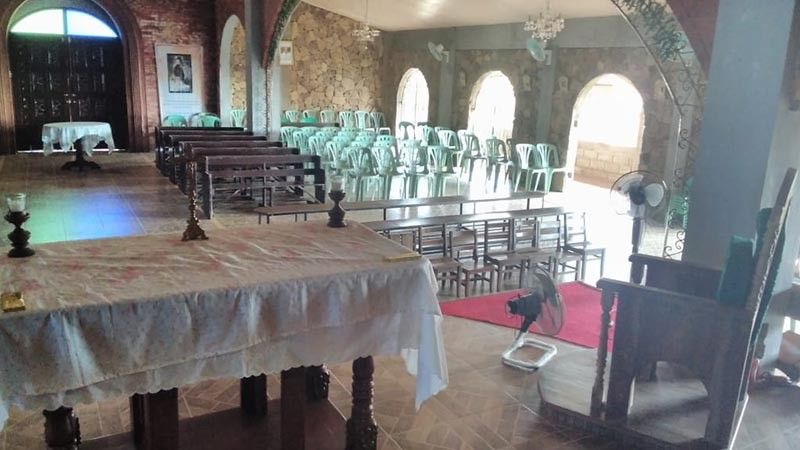 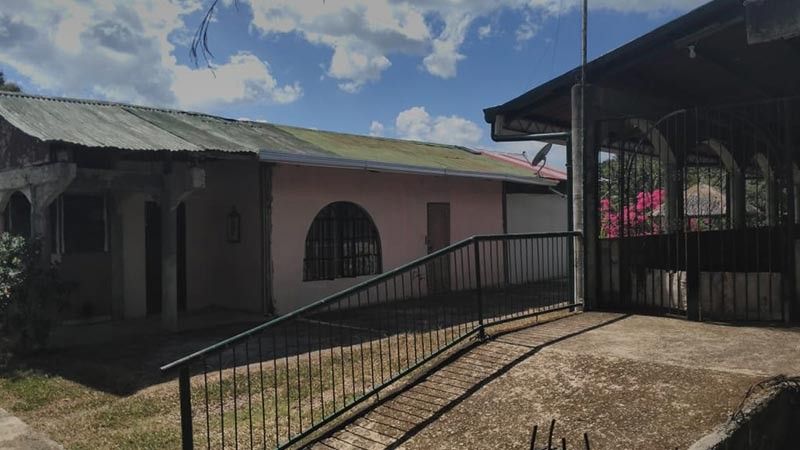 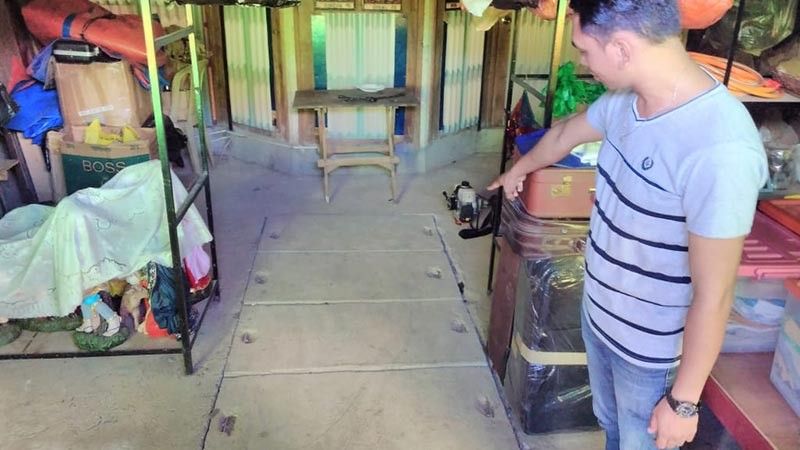 AMERICAN Catholic priest Fr. Kenneth Bernard Pious Hendricks, 78, first came to Biliran Island in the central Philippines in 1968 as a missionary before becoming an ordained priest.

Hendricks earned the affection of the residents in the sleepy coastal village of Talustosan, Biliran, while serving as religious worker in the Island for about 50 years.

Through his religious works, he earned the trust of local leaders, parishioners and various civic and socio-religious groups.

He even became an officer for the Boy Scouts of the Philippines-Biliran Scouts Council, among other civic organizations.

On December 5, 2018, the priest was nabbed by the Philippine and American authorities through the strength of an arrest warrant issued by Ohio District Court Judge Stephanie Bowman on November 11, 2018 on charges of "engaging in illicit sex with a minor in a foreign country."

The charges could land Hendricks in prison for 30 years.

He allegedly molested some 50 people, mostly his altar boys.

Also, he is facing complaints on acts of lasciviousness and anti-child abuse law from the Philippine authorities.

The charges against the priest was "extremely difficult" to the around 1,000 residents in Talustosan.

"We're all hurt. Some of us haven't moved on yet," said Nito Olaguer, 38, a village councilor.

Olaguer, a father of four children and a former altar boy of Hendricks, said the priest was a "big help" in their place.

"I was his sacristan in the past. We're all shocked when the complaints came out," he said.

While he cannot blame the complainants for pressing charges against the priest, Olaguer agreed that "if indeed someone committed a crime, he must be put into prison."

"Some of the villagers choose to be silent on the issue," he said.

"Now that Hendricks is gone, we found it difficult to maintain the expenses for our mass," the councilor said.

According to Olaguer, they have to contribute P1,000 for the mass "stipend," which they give to a new priest assigned to hold mass in their village.

Despite what happened, Olaguer said his views toward Catholic priests "haven't changed."

"Personally, the priests still have my respect. But I don't know with others," he said.

Olaguer said that like most of his friends, he learned to accept the fate of Hendricks.

"He's now in prison. There is nothing we can do about it," he said.

Despite the alleged sexual abuses of the priest, Olaguer recalled the fond memories with him.

"He is strict, but it would quickly fade. He only speaks English since his arrival here. He doesn't talk to us using our language, but he understands us," he said.

Maybel Sabong, a 19-year-old student, said the priest "brought joy to the village."

"If he will hold a mass especially during Christmas, many people will go to church. He always brings gifts for us, and candies for the children," Sabong said.

"I pity him, but if he did abuse them, he should be punished," she added.

The young girl, however, said her respect to the Catholic priests remains intact.

"When I look at a priest, what I only feel is positive. I can't think something bad about them," Sabong said.

Despite what happened to Hendricks, Sabong said "life must go on" in their village.

Church worker Natannielle Calvez, 27, also felt devastated on what happened to the priest.

Calvez started working as altar boy and in-charge of the Sunday mass hymns under Hendricks.

"He developed our Catholic faith," said Calvez, whose house is just beside the church.

"It's disgusting. But if the allegations are true, then so be it," he said on the charges against the priest.

Calvez, however, acknowledged the priest's contribution in encouraging the parents to bring their children during masses.

"He got small chairs for the children fronting the altar during mass," he said.

According to Calvez, Hendricks was "well-loved by the elderly."

"They fed him since his arrival in our village. They were hurt when he was taken away," he added.

"He loved our village. He even wanted to be buried here. He already prepared a burial ground at the back of the church's altar. But because of what happened, he might not be able to have his wish," he said.

Calvez said the absence of Hendricks in their village did not discourage him to attend mass, adding that he is not changing his religion over the alleged sexual abuse by priests.

"But the sexual abuse has to stop," he said.

Being a newly-assigned church leader in the Diocese of Naval, Bishop Rex Ramirez said the people of Biliran knew much about the life of Hendricks than him.

"We don't have latest news on Hendricks, except that he is in jail and he has a lawyer. The issue is no longer in our hands. The process is still on for the trial," Ramirez told ucanews.com in April.

He refused, however, to comment if there is already a form of "healing" among the faithful in the province.

"There is no trial yet. It's not yet clear what happened or who is responsible. Initially, we're shocked. Most of the people I've talked to said they have no idea about it," he said.

The bishop also urged the people to pray for everyone involved in the case.

"This is also a trial for him. There is nothing more to do," he said.

"But these mistakes are part of our life," the bishop told SunStar Philippines in an interview.

Aside from the criminal complaints, Hendricks and the Catholic church in his home-state are also facing civil suits represented by an American lawyer Mac Donald Worley.

"To the best of our knowledge, he was ordained to the priesthood in the Philippines to serve in the diocese of Naval. He has never had any assignment with Archdiocese of Cincinnati," the archdiocese said in its previous statement.

Although not a priest of the Archdiocese of Cincinnati, Hendricks is listed on its website as a Catholic missionary serving in Asia.

Hendricks is one of around 75 missionaries from Southwest Ohio who receive some financial support from the Mission Office of the Archdiocese, it said.

"None of these individuals work for, or take direction from, the Archdiocese of Cincinnati. The abuse of children or any vulnerable person is abhorrent and needs to be prosecuted. We are cooperating fully with the Department of Justice and Homeland Security regarding this matter," the archdiocese added.

The archdiocese urged others who have "potential interaction" with Hendricks locally to come forward.

"This is sad and embarrassing. These victims will live on this with the rest of their lives," said Worley.

"There will always be people who don't believe something bad will be done by a religious person, or by persons in authority. You don't think bad about them because it didn't happen to you. But if 50 people said, 'It happened to me,' that's another story," the lawyer said in an earlier interview.