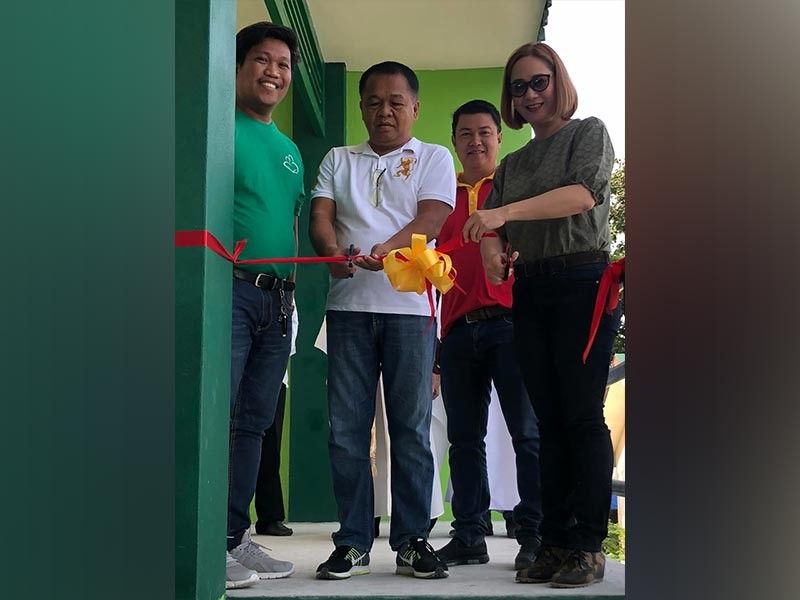 JALUNG Elementary School in Porac town finally got its own covered stage through the effort of the Provincial Government of Pampanga and Second District Board Member Fritzie David-Dizon.

The P3.1-million facility was made possible through the recommendation made by David-Dizon, who personally vouched for the urgency of the project. Board members were given funding allocation by the Provincial Government to fund their choice projects in their respective districts.

David-Dizon said the facility will greatly help in the various functions of the school and can also serve as venue for academic events and as area emergency situations.

She said the project for Jalung Elementary School also included a concrete stage for school functions.

"Our Provincial Government wants to bring in much needed infrastructure projects to the grassroots level," David-Dizon said, adding that more construction works are on the pipeline for the second district towns of Pampanga under Governor Dennis Pineda.

Pineda's nine-point agenda include echoing the Build, Build, Build programs of President Rodrigo Duterte with infrastructure projects like covered courts, school buildings and road improvements in the province in the next three years.

He said he will push for the Pampanga megalopolis project through the support of former representative Gloria Macapagal-Arroyo. The project includes vital projects for various sectors.

The 50-year development plan is envisioned to optimize the potential of Pampanga as an urban growth center, as well as address the major issues and concerns it faces.