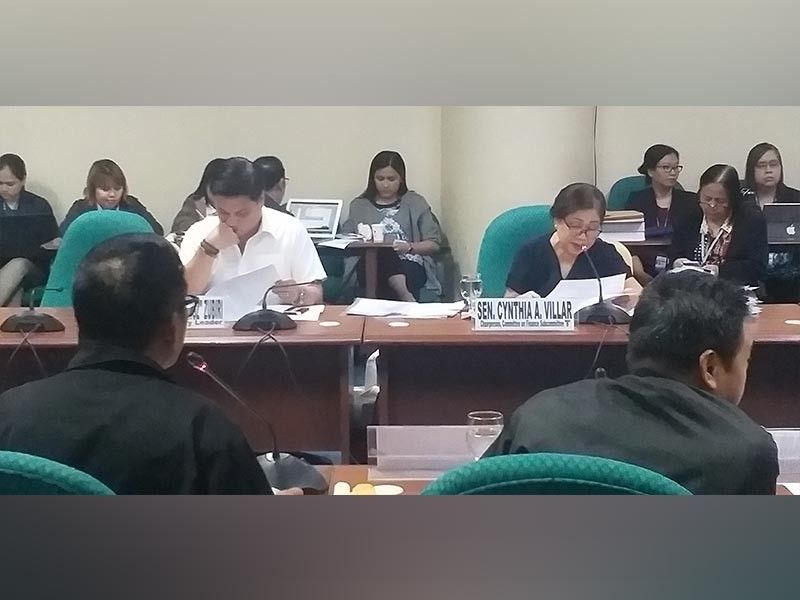 MANILA. Senate committee on agriculture and food chair Cynthia Villar (right) spearheads the hearing on the National Expenditure Program of the Department of Agriculture at the Senate in Pasay City. (Photo by Erwin P. Nicavera)

SENATE committee on agriculture and food chair Cynthia Villar said the Sugar Regulatory Administration (SRA) only has to manage five provinces in order to ensure the stability of sugar supply in the country.

Villar, who spearheaded the hearing on the National Expenditure Program of the Department of Agriculture at the Senate in Pasay City Wednesday, October 9, said 90 percent of the country’s sugar production comes from five provinces.

“You (SRA) just have to focus and make these provinces competitive then we’re good,” she told the officials of the agency led by SRA administrator Hermenegildo Serafica.

Data presented during the hearing showed that the country’s average annual shortfall is 300,000 metric tons (MT).

Despite the deficit in domestic sugar, the Philippines still export five percent of its production or about 105,000 MT to United States (US) as A sugar.

The senator scored the SRA why it cannot manage the country’s sugar production.

Villar told the agency “you do not need to manage the whole Philippines, just five provinces.”

She pointed out that of the five provinces, three are nearly situated from each other.

These are Negros Occidental, Negros Oriental and Iloilo that comprise a total of 65 percent of the total production.

Villar is among the senators opposing the proposed liberalization of sugar importation citing its detrimental effects to about five millions of farmers, workers and other stakeholders of the sugar industry.

Serafica, for his part, said the SRA is a balancing act. Meaning, it works for what is profitable for the farmers and good for the consumers.

The industry, however, is currently facing problems not only bureaucratic process but also roadblocks which the agency is trying to arrest, Serafica said.

He stressed that as long as the SRA exists the importation is regulated as “we will not import if there’s no shortfall.”