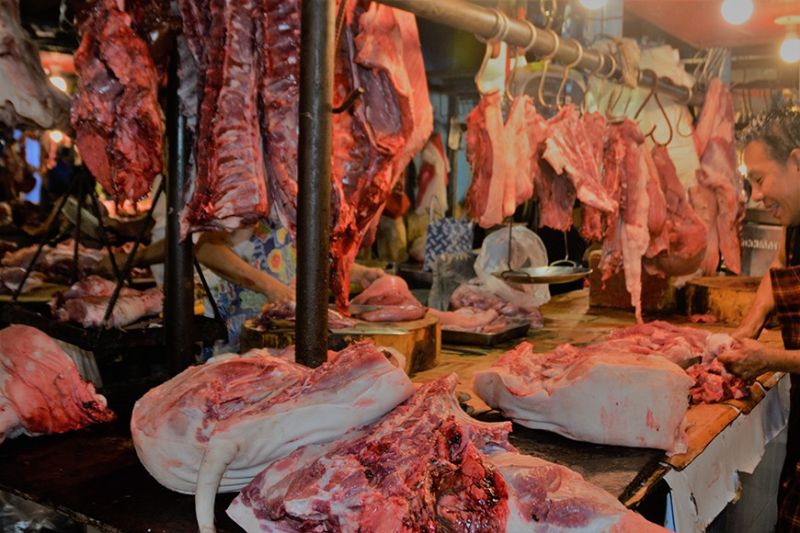 LA TRINIDAD, Benguet -- Governor Melchor Diclas reiterated that the temporary ban on the entry of live pigs and pork products is still in effect in the province to protect the livelihood of stakeholders.

"The Provincial Government is also preparing. We have quick response fund but this is not enough. The best way is to prevent its entry. We coordinated with police for infected pigs to prevent from entering in the province," he said during the contingency plan review for African Swine Fever (ASF) on Thursday, October 10, at Benguet capitol.

Diclas said they also want to refine their quarantine checkpoints as it was discovered that some hog raisers transfer their products from trucks to private vehicles when entering Benguet.

Diclas on September 17 penned Executive Order 2019-36, declaring a temporary ban on the entry of live pigs, fresh and frozen pork and all pork products from provinces and cities affected by ASF.

There are a total of seven animal quarantine checkpoints in the province.

Dr. Miriam Tiongan, Benguet provincial veterinarian (PVET), said that in a 2017 census on population of piglets and adult pigs, with 36,347 inventoried, nearly 90 percent of pork consumed came from other provinces.

Dr. Peter Canggat Jr. said it is a loss when the disease will enter Benguet, as it is a source of income and alternative source to famers in the province.

In 1921, the first case of ASF was discovered in Kenya, Africa, while first occurrence outside Africa was in Portugal.

The Department of Agriculture (DA) started a probe into a suspected ASF case last August 19, 2019 when incidents of hog deaths were reported in the towns of Rizal and Bulacan.

The veterinary office and the Provincial Government solicited anew the help of stakeholders, partner agencies and the Philippine National Police in its goal for the province to be ASF-free.

Meanwhile, the DA-Cordillera assured the public that the region is free from ASF as of October 9.

This was confirmed during the Emerging Swine Diseases Meeting at the DA Conference Hall, BPI Compound, Guisad, Baguio City.

Results of the laboratory tests conducted by the Bureau of Animal Industry (BAI) also confirmed that samples taken from pigs that were dumped in Loakan, Itogon, Benguet on September 24, 2019 tested negative of ASF.

ASF is a fatal animal disease affecting pigs and wild boars with up to 100 percent case fatality rate. This is considered a grave threat to the Philippine swine industry.

Data from the Philippine Statistics Authority from April to June 2019 show that the Cordillera swine population is about 260,000 heads and most are backyard farming.

Dr. Karl Kigis, regional ASF focal person, said the DA is doing its best effort and measures to prevent and control animal pests and disease outbreak, especially the no entry of ASF in the region.

"Preparedness or improved early warning detection, and coordination needs to be in place and reviewed properly in relation to cases of ASF from other regions," he added.

Dr. Delfina Layagan, Veterinarian IV of BAI-National Veterinary Quarantine Services, said the operation of quarantine checkpoints is continuous to ensure that no product carrier of ASF coming from the neighboring places will enter the region.

She added they have requested the national office for additional personnel to be deployed in the different quarantine checkpoint areas of the region.

A total of 13 quarantine checkpoints were positioned in different provinces.

LGU officials present during the meeting also requested the Police Regional Office-Cordillera for additional police personnel to be deployed in the quarantine checkpoints 24/7. (With a report from Alfredo Cañero/PR)