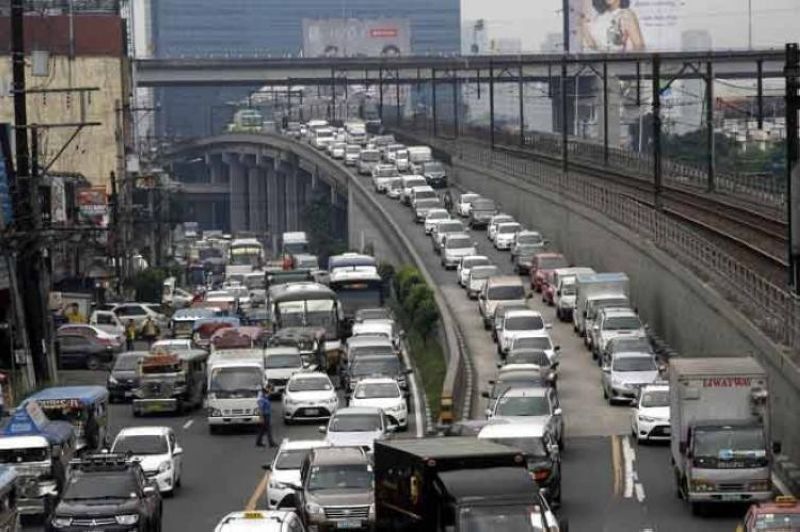 He noted that traffic congestion has not eased along major thoroughfares in Metro Manila.

He aded that the bigger volume of vehicles, inefficient traffic management and defiance of traffic rules have contributed to the congestion.

"There is a traffic crisis precisely because of the conditions like there are so many volumes of cars that cannot be accommodated by our roads. Tapos marami pang nagva-violate ng traffic. Hindi pa efficient ang traffic management. Patung-patong ang problema (There are some who are violating traffic rules. Our traffic management is not efficient. Those are the problems)," he added.

Panelo insisted that there is no mass transportation crisis as claimed by Bayan secretary general Renato Reyes Jr.

But he also said the government is not tolerating the problem.

Had Congress granted President Rodrigo Duterte emergency powers to solve traffic woes in Metro Manila, the riding public would not have experienced the ordeal that they go through now, the Palace official said.

"Talagang we're against it. Hindi dapat ganoon. Kaya nga ginagawan ni Presidente lahat ng makakaya niya (We're really against it (commuters' sacrifice). That should not happen. THe President is doing his best to address that)," he said.

It took four hours for Panelo to arrive at Malacañan Palace in Manila after commuting from the house of his son in New Manila, Quezon City.

Panelo said his commute challenge made him realize that the traffic situation in Metro Manila has worsened.

(First and foremost, I grew up on the streets. I know what to do to get a seat in public utility vehicle. I ride a bus, jeep, and tricycle from Marikina. I've done that before and the situation is still the same up to this date. There are no changes.)

(The difference is the situation has worsened. You have to spend more time because of the increase in the volume of vehicles. You see more people but the roads are still the same. There are no changes. We have no Skyways.)

Panelo stressed that one the solutions that can ease the traffic situation in Metro Manila is the phaseout of old vehicles.

He added that the President's ambitious "Build, Build, Build" infrastructure program is also aimed at easing traffic woes by widening the roads and establishing new skyways and bridges.

"Malaki talaga ang problema (There is a big problem) but the President is doing something about it even if he is deprived of the requested emergency powers," Duterte's spokesman said.