Salvador: In Nikko: the Rinno-ji 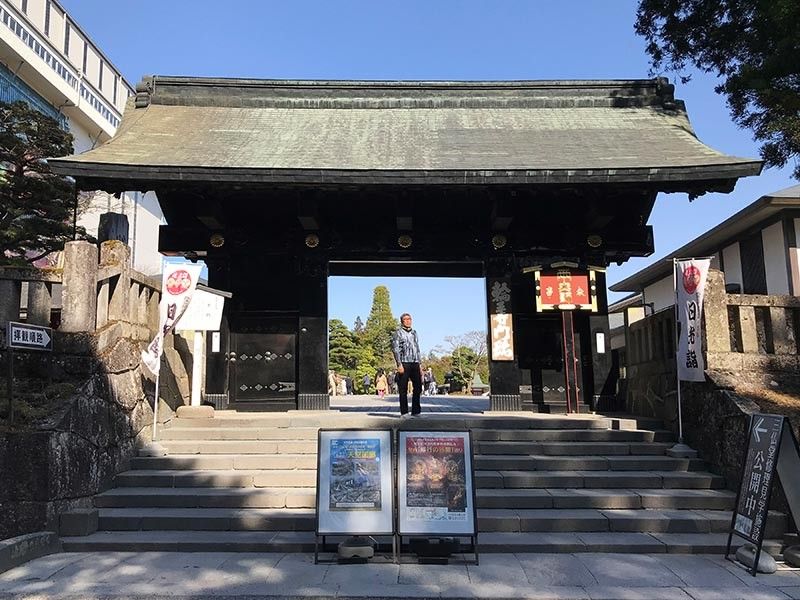 JAPAN. The gate of Ronn-ji, one of the temples of the Shrines and Temples of Nikko, a World Heritage Center. (Photo by Jinggoy I. Salvador) 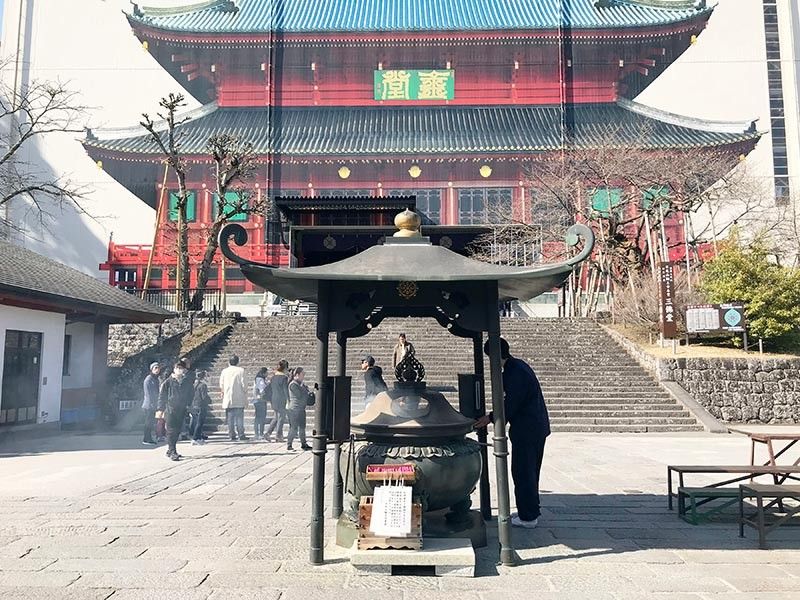 JAPAN. The Hondo. Sanbutsudo is the Three Buddha Hall built in 1647. It underwent a 10-year renovation and opened in Spring 2019. (Photo by Jinggoy I. Salvador) 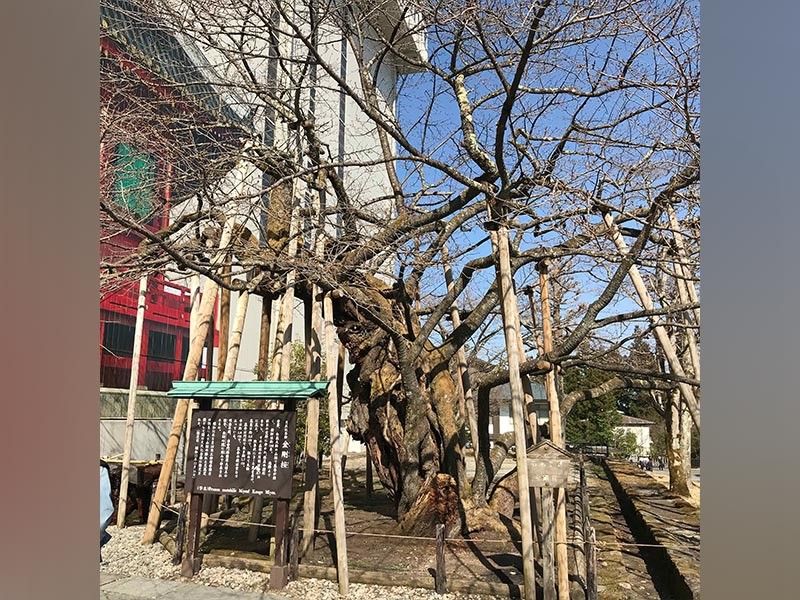 JAPAN. This 500 yr-old Kongo Sakura tree is a National Monument. (Photo by Jinggoy I. Salvador) 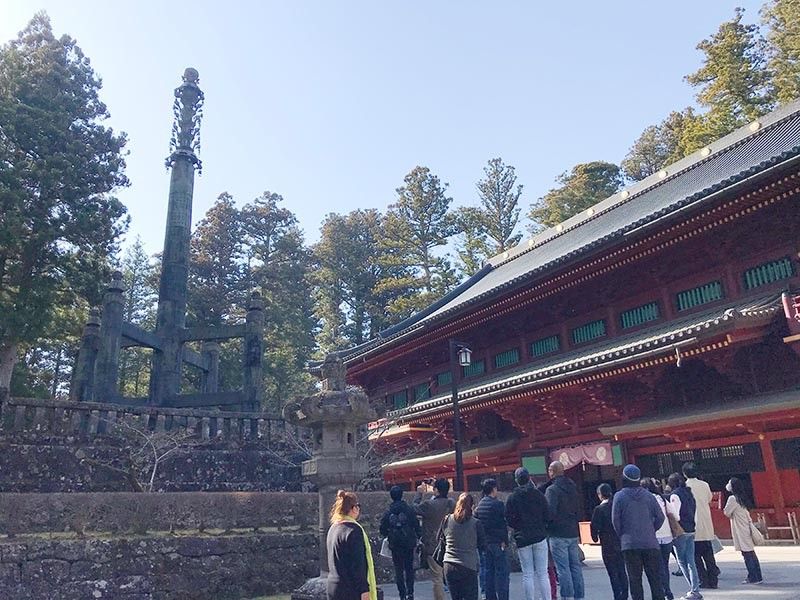 JAPAN. The Sorinto. A copper sutra repository tower made in 1643. (Photo by Jinggoy I. Salvador) 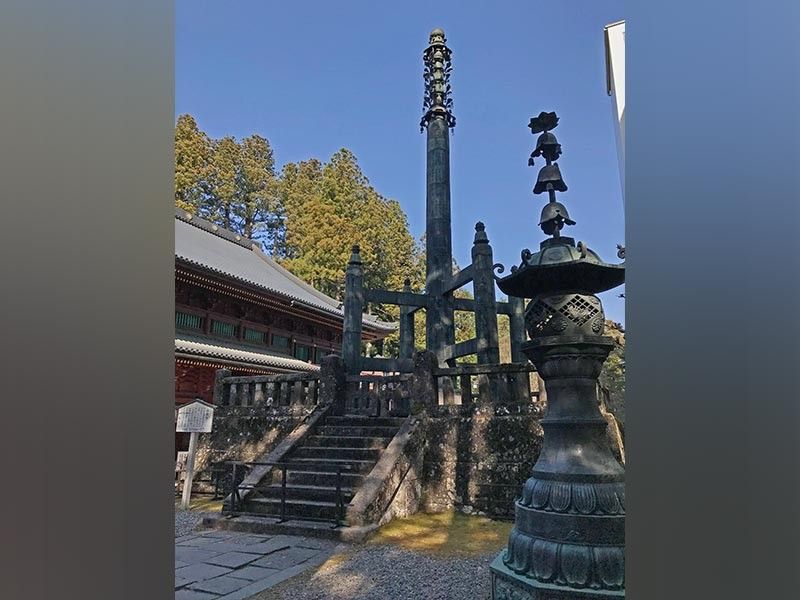 IT WAS late in Autumn of 2011 when I first visited Nikko in the Tochigi Prefecture. From Isesaki in Gunma Prefecture, the drive took more than two hours, but the experience exceptional. The beauty of the season’s foliage was breathtaking so were the World Heritage Sites I visited. I promised to come back.

I did, on a different season- Spring. I believe I was more impressed with the site on this visit that the first. I would account this to having more time. My pace was unhurried, allowing me to linger at the interesting areas.

A World Heritage Center, the Shrines and Temples of Nikko is composed of 103 structures and the natural setting around it. The buildings are part of two Shinto Shrines, the Futurasan and Tohi-gi, and one Buddhist temple, the Rinno-ji.

First stop: Rinno-ji. It’s a Tendai Buddhist Temple (Tendai is a Buddhist school established in Japan in 806 by the monk Saicho or Dengyo Daishi) and considered as Nikko’s most important temple.The entire Nikko is a place of worship. One of the temples founded by the the monk Shodo Shonin in 766 was Rinno-ji. It was because of the location of Rinno-ji—deep in the mountains—that attracted Buddhist monks seeking solitude. For the Tendao monks, the site is still considered an important site for ascetic training.

Sanbutsudo, or The Three Buddha Hall, is the temple’s main hall, the largest wooden building in East Japan and the most famous. The building houses three, eight-meter-tall golden statues, which are the Buddhist manifestations of Nikko’s three mountain kani enshrined at the Futurasan— Amida, Senju Kannon (Kannon with a thousand arms) and the Bato Kannon (Kannon with a horse’s head).

Although my visit fell during Sanbutsudo’s major renovation (referred to as “the great repair of the Heisei period”) visitors and worshippers can still access the building. The decade-long restoration was completed in Spring of this year, 2019.

In front of the Sanbutsudo is a natural monument (designated date December 16, 1946), the 500-year old Kongo Sakura.

Beside the Sanbustsudo is the Rinno-ji’s Treasure House, or the Rinno-ji Homotsu-den Hall. It holds important Buddhist art. Mainly from the 8th century, the collection includes paintings, calligraphy, sculptures, scrolls. There are about 50 items displayed at any given time.

Also housed in this temple is a designated National Treasure- the Daihatsu nehankyu shuge or the commentaries in sutras from the Nara and Heaian periods. It is deemed an important instruction manual of the Nirvana Sutra in 59 scrolls.

Behind the treasure house is the Shoyoen, a small Japanese garden, and a popular spot during autumn.

When the leaves of the maple trees surrounding the central pond turns red and gold, the sight is breathtaking.

How to get there: Rinnoji is a about a 40-minute walk or 10-minute bus ride from Tobu and JR Nikko Stations.