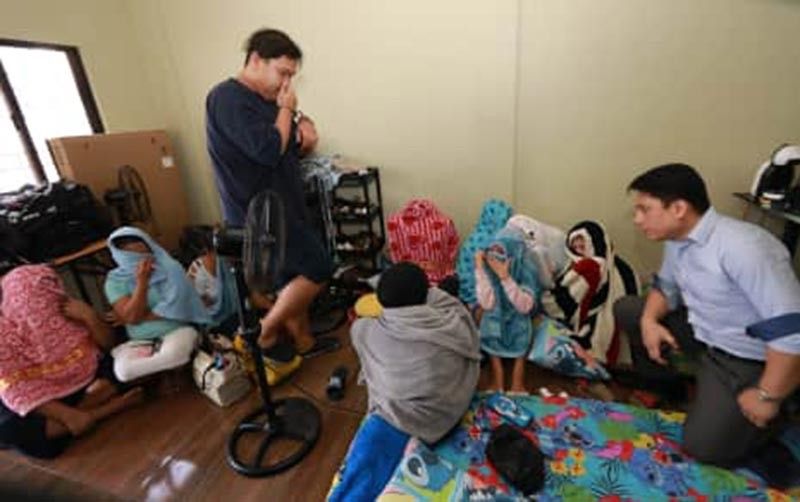 Arrested were Jeung Wook Pyo alias Kei and Park Kicheri, both Korean nationals who were residing in Barangay Malabanias.

Armamento said the operatives were armed with a search warrant issued by Judge Zenaida Buan of the Regional Trial Court Branch 56 when they raided the house.

The 10 rescued women were allegedly employed by the two suspects as attendants in their illegal massage business.

Operatives confiscated from the suspects computers, monitors, sex toys, condoms and other paraphernalia.

The suspects are now detained at the Angeles City police while human trafficking cases are being readied against them. (Ric Sapnu/With Chris Navarro)