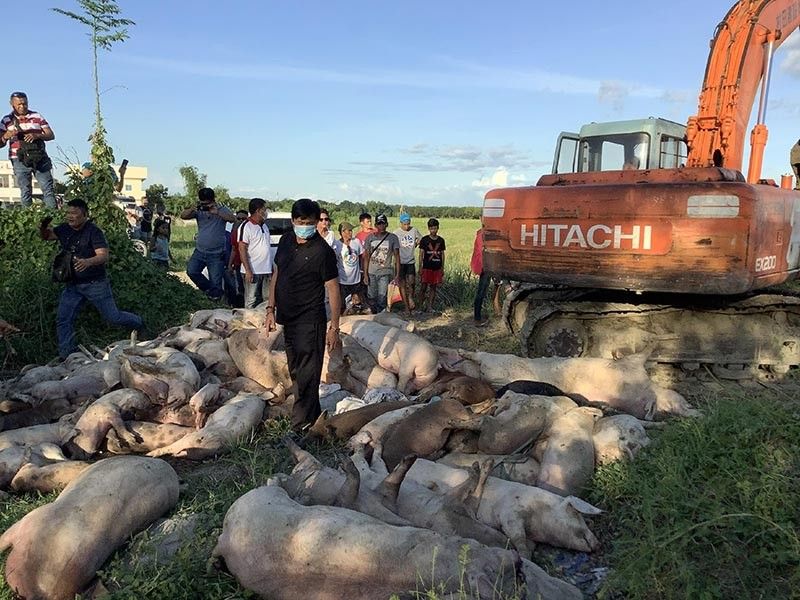 THOUSANDS of hogs in San Simon town were culled by the Department of Agriculture (DA) and local government after the African Swine Fever (ASF) virus reached the area.

Mayor Abundio Punsalan Jr. said at least 3,000 heads were already slaughtered and buried at the town's government center in an aim to prevent the spread of the virus.

"Some hog raisers reported that their pigs died due to the virus, so I already ordered the culling of the rest to immediately contain the virus," Punsalan said.

San Simon is the first to confirm cases of ASF in Pampanga after the local government ordered the ban on the entry of hogs from other areas, especially from adjacent Bulacan province where the outbreak was first reported.

Punsalan said the hog industry in the town already lost about P15,000,000 to date due to the ASF virus.

"We have about 70 hog raisers in town, most of them in barangays Concepcion and San Pedro. Although they vary in different categories, as we have commercial and backyard raisers, but all of them are suffering due to the virus," he said.

He, meanwhile, assured the affected raisers that they will be receiving assistance from the local government and the DA based on the number of their pigs culled.

"We will be extending assistance to our affected hog raisers so they can recover from their losses. They will also definitely be receiving aid from the DA," he said.

Punsalan likewise ordered the ban on movement of pigs, both dead or alive, inside the municipality.