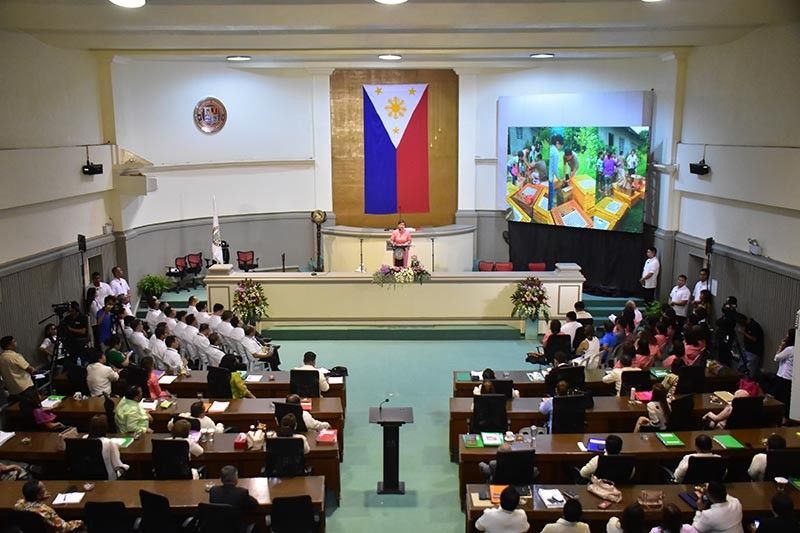 According to the City Information Office, the mayor will deliver her Soca at 2 p.m. at the Sangguniang Panlungsod.

Few days before the annual Soca, Dabawenyos, both from the government and private sector, are already setting expectations on what the lady mayor will be emphasizing during her speech.

Davao City Councilor Mary Joselle Villafuerte said she expects the mayor will continue to focus on reproductive health and education through her “PagbaBAGo Project”.

Villafuerte also said she is excited on the mayor’s plans to finally implement the Mental Health Code of Davao City by establishing a Mental Wellness Center.

Duterte-Carpio, last week, secured an allocation of P24 million for the center.

“These are all through the initiative of the Mayor. We are also aware that she is working very hard with the office of the Vice Mayor to open more Birthing Homes in the city, as well as prepare all our health centers for the Full Implementation of the Universal Health Care Law,” Villafuerte said.

He also said the local government’s programs had elevated Davao City to a status of being a premier destination of travel for business, recreation, and living.

“Minda is confident that the good mayor, Sara Duterte-Carpio, with her proven track record, can rally Davao City and Mindanao to greater prosperity, harmony, and wider opportunities in many years ahead,” Pinol said in a statement.

Davao City Police Office (DCPO) director Alexander Tagum, meanwhile, said the crime index in the city was the lowest under her administration.

Based on the Numbeo.com, Davao City has a Crime Index rate of 27.50 and has a Safety Index rating of 72.50. The city’s rank rose from last year’s ranking of number four with 71.21, becoming the Safest City in the Philippines and Second Safest City in Southeast Asua next to Chiang Mai in Thailand.

“I hope that during her speech, our Mayor would continue to remind the people that we can only do so much in the performance of our mandated duty to serve and protect our communities if only we have the support of our people who must participate in crime prevention and vigilance against terrorist activity that might penetrate our city’s defense,” Tagum said.

She also said she hopes the city could further formulate ordinances that focus on the protection of women and children.

Meanwhile, this will be Duterte-Carpio’s Soca after she was re-elected during the 2019 midterm elections in May. It was during last year’s Soca that she announced her bid for re-election.

In 2018, the mayor highlighted the accomplishments of the priority projects identified in the administration’s Byaheng Do30 program.

Duterte-Carpio said the city achieved a significant increase in employment and job opportunities in the last two years.

She said some 140,000 job vacancies were opened by various employment sectors in the last two years, but only around 18 percent were filled by jobhunters, which accumulated to around 25,000 jobs.

She also highlighted the ongoing infrastructure projects under the Infrastructure Modernization for Davao (IM4Dvo) study, which started in 2018, and is expected to be completed by 2045.

She also announced the Office of the City Agriculturist in coordination with various stakeholders is coming up with an Agricultural Development Master Plan. (With Elijah Romero, UM intern)