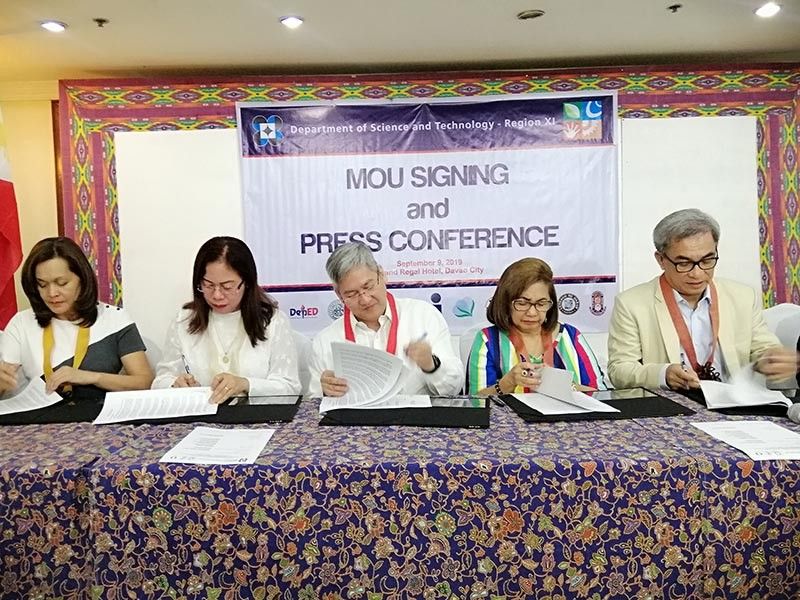 A DAVAO City councilor is pushing for the establishment of a promotional center for local scientists and inventors.

Councilor Pilar Braga lobbied for the enactment of the Davao City Invention and Innovation Promotions Center Ordinance, which she filed and was approved on first reading on Tuesday, October 8.

Braga, committee chair on education, science and technology, arts and culture, said the proposed ordinance will provide opportunities for local scientists to thrive in research and development in the city.

The councilor said the ordinance will complement to two existing laws in the country: Republic Acts (RA) 11293 and 11337.

RA 11293 or the “Philippine Innovation Act”, was signed by President Rodrigo Duterte in April, which will revolutionize the scientific research ecosystem in the country.

While RA 11337 or the “The Innovative Start Up Act” was also signed by Duterte in the same month, which created the Philippine Start-up Development Program to provide benefits and incentives to investors and innovators as start-ups.

“To be able to maximize all opportunities that the two new laws, provided, as well as the abundant presence of research facilities in our own backyard, I wish to enact the Davao City Invention and Innovation Promotions Center Ordinance,” Braga said.

The councilor said RA 7459 or the “The Philippine Investors and Inventor’s Incentives Act” that was signed into law by former President Corazon C. Aquino to support the welfare of the critical mass of scientific workforce and human capital through the provision of technical, administrative and financial supportive, was not properly implemented.

She said the old law “only gave lip service to Filipino inventors”.

“In one of my talks with Madel Morados, the former DOST (Department of Science and Technology) regional director, some 30 years ago, she expresses her frustration about how our scientists were given very little support from the government,” Braga said.

She said this resulted to some local scientists leaving the country for “greener pastures” abroad due to the lack of government support.

Meanwhile, the councilor said the two new laws, along with the proposed ordinance, will “fully complement each other” to upgrade the field of science and technology in the country soon.

She also said Davao City is currently upgrading in terms of research facilities.