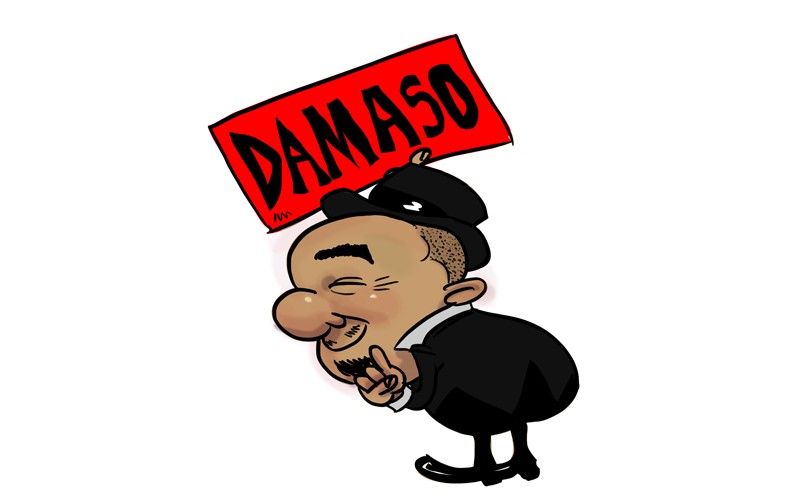 OF course, no one knows this for sure. But last Friday, when I read about a group of protesters who stopped traffic by dancing on the streets of Melbourne’s central business district, it sounded like something Carlos Celdran would’ve enjoyed.

The protesters belonged to Extinction Rebellion, a movement that is calling on governments to tell the truth about climate change and to stop all greenhouse gas emissions by 2025. In various protests during the week, dozens had been arrested for blocking streets, but the most that police could do about the dancing protesters was follow them around.

What could they be arrested for? Singing “I Will Survive” in broad daylight or dancing to “Staying Alive” in public? Whether or not you think the protest was effective—whether it will make people think about the urgent need to act on the climate crisis or convince them to give up some conveniences for the sake of future generations—will depend on your preexisting political convictions.

I think singing a song that includes the line “We can try / to understand / The New York Times’ effect on man” in public is a personal achievement, at least. But then I like individuals who can be theatrical and intelligent at the same time.

Celdran was certainly that. I first had the privilege of listening to him in the summer of 2008, during a walking tour of Intramuros. At each stop, he would show us pictures from a large binder, play part of a song or speech and tell a gossipy story about the places we were seeing. Less like a history lesson and more like a monologue from your most flamboyant and well-read friend.

About seven years later, speaking in the Cebu Literary Festival, Celdran didn’t pretend to be modest about his two performance pieces then, “If These Walls Could Talk” and “Livin’ la Vida Imelda.” In a moment that probably would have made diehard Rizalistas gasp, Celdran said, “You see, I have my Noli and my Fili.” He was audacious, that man.

Yet it was also a bit of Rizaliana that eventually caused him grief. Dressed as Rizal in a black suit and bowler hat, he had walked into an ecumenical meeting inside the Manila Cathedral in September 2010, held aloft a placard marked “Damaso” and said his piece. Here, the accounts differ. A senator claims that Celdran’s statement was “Bishops, stop involving yourselves in politics” while an Esquire magazine article says it was “Stop meddling in politics.” (Either way, I disagree:

Everyone should be involved in politics.)

For that act, he was ordered to spend anywhere from two months and 21 days to 13 months and 11 days in jail. Celdran moved to Spain. Given the rate at which inmates die in Philippine jail cells, can you blame him?

Now that Celdran is dead, people have latched on to that ill-advised tweet he made earlier this week and claimed that it was divine retribution. Karma, that bitch. It is an easy thing to claim when you’re hiding behind a social media pseudonym.

Others have said that it was a reminder to get our points across without being abrasive or offensive.

I disagree. The point of criticism and protest is precisely to make us uncomfortable. To try to make us see and think differently, which has become a greater challenge given all the noise that surrounds us these days and makes us want to cling to our positions.

Sometimes that takes disrupting our routines.

Celdran may have “offended religious feelings” with his Damaso protest and he certainly hurt a lot of feelings when he popularized the term “Dutertard” in the 2016 presidential campaign. But he did more to provoke people to think than most of us—anonymous propaganda trolls, armchair analysts, media commentators alike—have so far done.

We may have disagreed with his methods, but he got his point across on many important issues, among them reproductive health and gender rights, the preservation of heritage and an enduring love of these chaotic cities where we live.

That made Carlos Celdran so much braver than most of us.