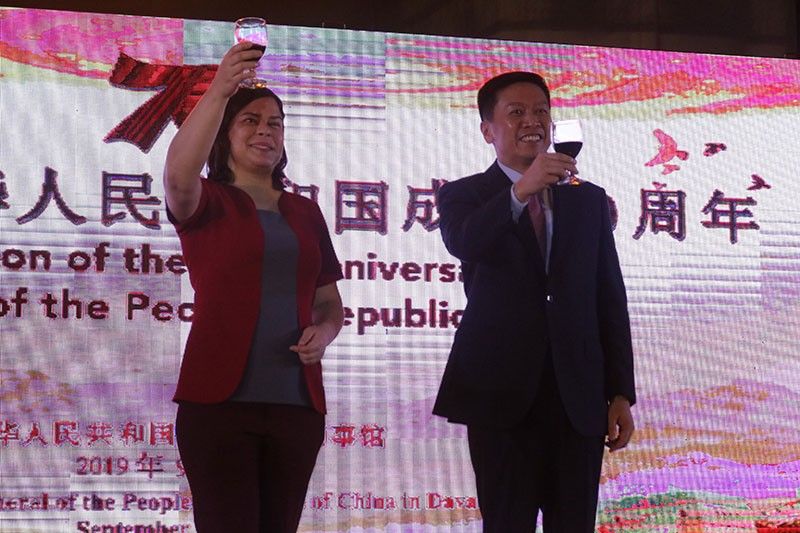 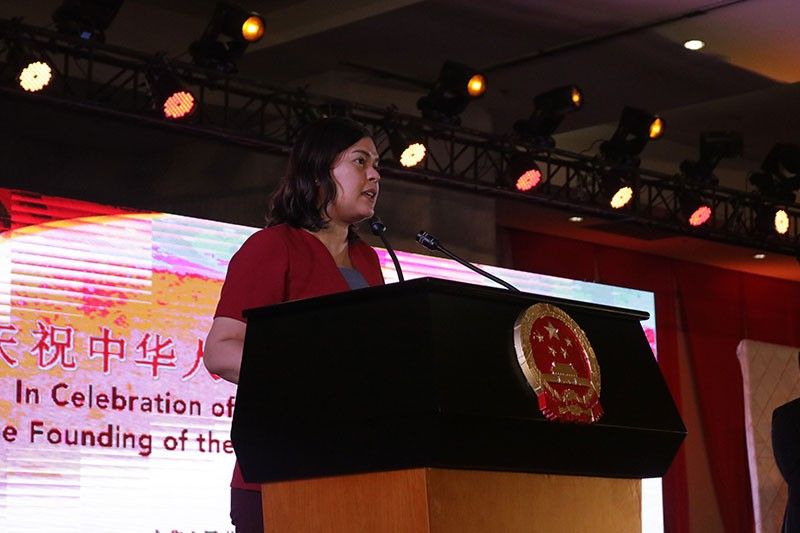 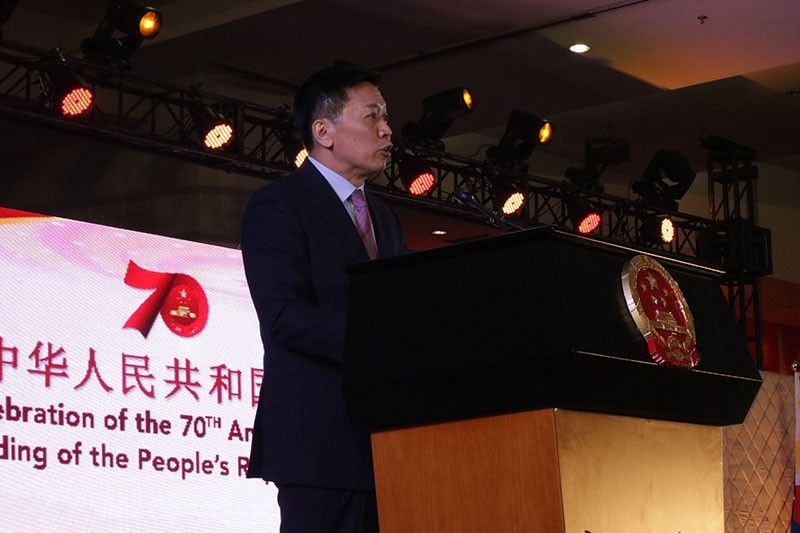 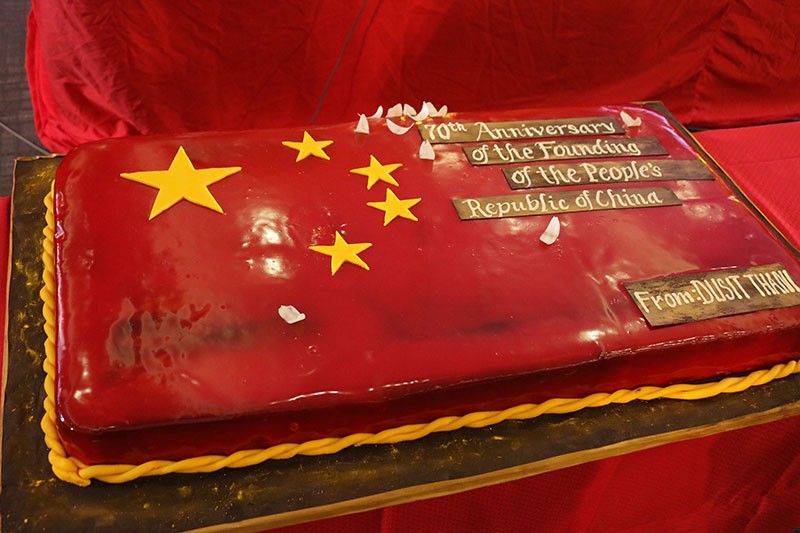 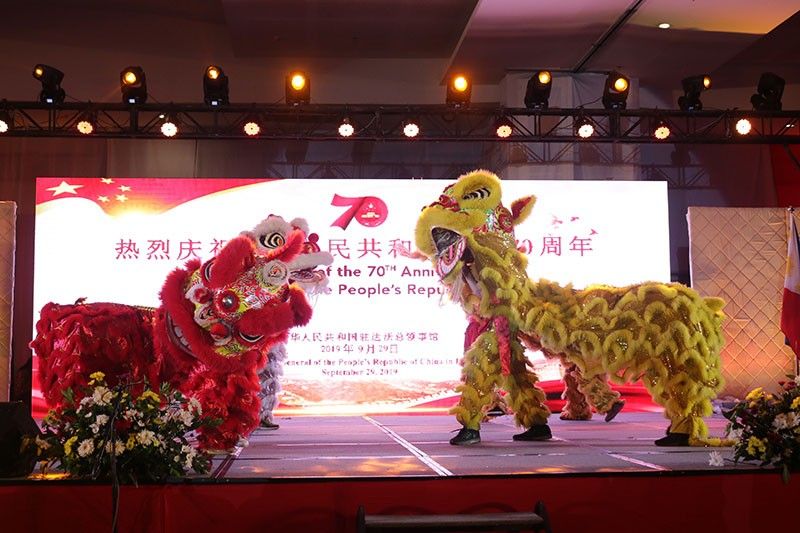 Dragon dancing, a well-known traditional and performance in the Chinese culture performed during the event. (Photo by Ralph Lawrence G. Llemit) 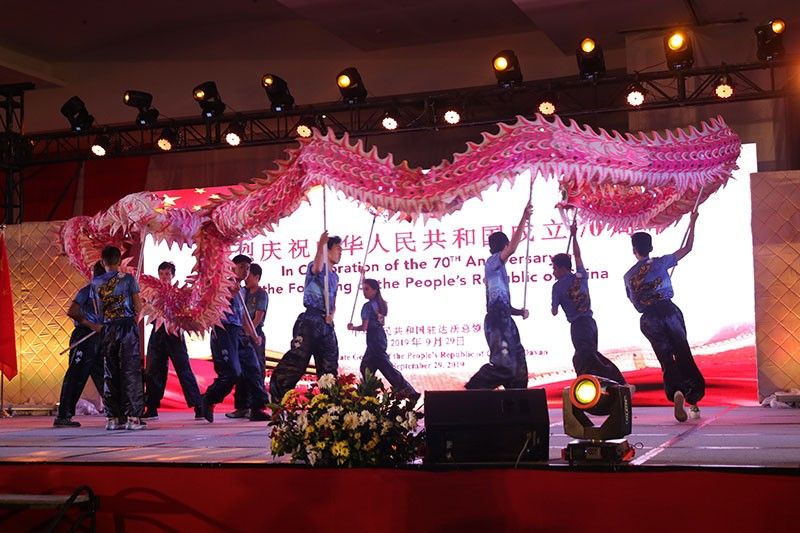 FOR the People’s Republic of China, Rodrigo Duterte being elected as 16th president of the Philippines in 2016, was a “best period” for both countries to solidify its cooperation in all fields.

Duterte and Chinese President Xi Jinping’s constant mutual dialogue for social and economic cooperation had been on the spotlight. Not to the mention the territorial claim dispute, which critics had casted doubts on China’s intention on strengthening its ties with the country.

Nevertheless, the relation between two countries – evident since time in memoriam, had seen a substantial bilateral economic and trade cooperation, this time at the southern part of the Philippines.

Almost a year ago, the establishment of the Chinese Consulate General in Davao was inaugurated.

Locsin, in his speech, called it “an auspicious sign of the city’s promise and the bright prospects” in its engagement with China.

Fast-forward to 2019, the relationship of China and Davao City garnered progressive gains as it opened gateway opportunities on the economic, tourism, and diplomatic side.

70 years of People’s Republic of China

The founding of the People’s Republic of China was formally proclaimed by Mao Zedong, the Chairman of the Communist Party of China, on October 1, 1949 at 3:00 pm in Tiananmen Square in Beijing, then-newly declared capital of China.

Development was evident for a country reaching more than one billion, making it the world’s most populace country.

Today, China’s gross domestic product has reached $13.6 trillion, which is 450 times that of 70 years ago, making China the world’s second-largest economy, and the largest country in industry, trade, and foreign exchange reserve, playing a key role in promoting economic growth in Asia and the world.

Two days before its official special day, the Chinese Consulate General in Davao sponsored an event, in honor of the country’s faithful foundation last September 29 at the SMX Convention Center.

Li Lin, in his speech, shared how China’s development has always upheld the banner of “harmony of the world”.

“It has been continuously proven that China’s development is opportunity rather than threat to the world. The number of countries that has diplomatic ties with China increased from about 10 nations 70 years ago to 180 nowadays,” Li Lin said.

The Philippines, one of China’s diplomatic partners, will be commemorating its 45th anniversary of being bilateral partners next year.

Meanwhile, in the hometown of President Duterte, things had come a long way after only a year since the Chinese Consul was inaugurated.

Currently, Davao City has sisterhood city agreements with China’s key cities: Nanning City in Guangxi Region and Jinjang City in Quanzhou, Fujian Province. While the municipality of Chongqing, and Sanya in Hainan Province had also expressed interest for sisterhood partnership.

The past 12 months has also witnessed an increase of culture and people-to-people exchange, wherein Hong Kong and Jinjiang City have launched direct for the convenience of people on both sides to cross and experience different cultures and seek business opportunities.

The Davao City Tourism Operations Office (CTOO), in 2018, attracted some 2.39 million tourists in the city. Chinese ranked third as the highest among foreign visits with 10,827. Only behind to the Americans and Japanese.

The city’s high quality young coconuts and tunas were also shipped for the first time in China. Other agricultural products are also eyed to be exported in the coming years.

Li Lin revealed that China is currently working with local and national governments to push for the early landing of cooperation agreements on major infrastructure projects such as the Davao-Samal Bridge, the Davao River Bridge, and the Mindanao Railway Project.

China and its imprints in Davao City

Davao City Chinatown Development Council (DCCDC) officer Steve Arquiza thinks that while this is a welcome development for the city, he also thinks the inseparable relationship between the two are evident in the historical accounts.

Although historians are not settled as to the first Chinese to ever settled in Davao City. In a book named Estadistica de Davao, written in 1870, the first unnamed Chinese to settle in Davao was a carpenter who was part of the early wave of settlers. A contributed photo posted in a Facebook page Davao of the Past mentioned that a photo taken back in 1884 show some Chinese migrants had already settled in the city.

What seems to be undebatable is the offspring of the Chinese culture and tradition, which later on flowed into the bloodstream of the Dabawenyos at this day and age.

To recognize their historical contribution, the Davao Chinatown came into being in 2003, the primary residential area of the Chinese Philippine community in the city, wherein areas are bordered by Santa Ana Avenue, Monteverde Avenue, Ramón Magsaysay Street and León García Street.

However, DCCDC is pushing for its improvement by encouraging business establishments within the Chinatown area to renovate their façade into a Chinese themed one, which is now being deliberated in the 19th Davao City Council.

Arquiza said that with the consul, now open in the city, he says more business opportunities would influx as interested Chinese firms who wish to expand business in Davao City.

“Of course, this shouldn’t be eyed as a threat because it is the Dabawenyos who could also benefit this,” he said.

While these opportunities are heading off real soon, Arquiza said Chinatown must be revitalized, to be of preparation to a bigger influx of Chinese businessmen who would soon be savoring the “Life is here” tagline of the city, of which Chinoys are enjoying right at this moment.