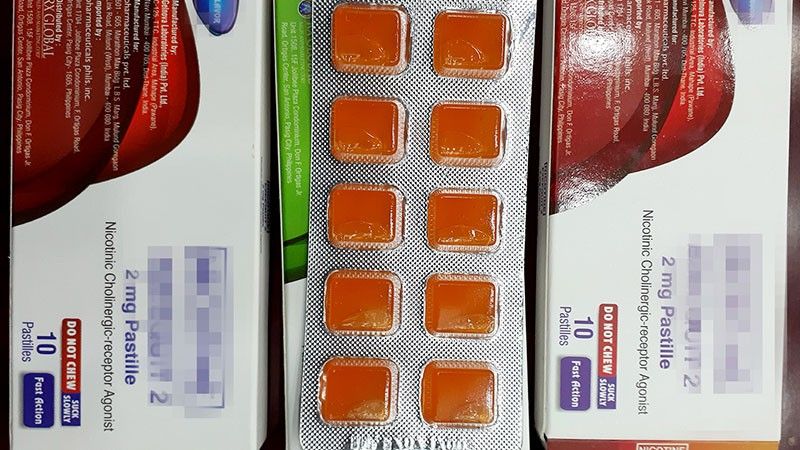 THE Davao City Vice Regulation Unit (VRU) will soon make its medical intervention for nicotine dependents accessible to the community.

Lopez said the candies are currently available in the VRU, but he said the city is planning to allocate it in barangay health centers.

“This is another breakthrough in Davao City. The city is one of the first cities in the Philippines that avail of the Nicotine Replacement Therapy in the form of the nicotine pastille (candy),” he said.

The official, however, said smokers who wish to avail it must first submit themselves to the VRU for counseling and therapy. He said the NRT will be from two to 12 weeks depending on the category of addiction the smoker is classified.

“Katong mga nanigarilyo (those who smoke) or those having problem with nicotine dependence and withdrawals, kung dili ninyo kaya mapugngan ang pagpanigarilyo within two weeks (if you are struggling to quit smoking within two weeks), you need medical intervention,” Lopez said.

He said nicotine dependence, which can be acquired through tobacco cigarette smoking, is a serious neurophysiological disorder that requires counseling and pharmacotheraphy (another term for NRT) to overcome the addiction.

VRU recently recorded more than 9,000 apprehensions in all forms of violation from January to August this year wherein around 80 percent of individuals apprehended violated the anti-smoking ordinance of the city.

Lopez said despite their intense campaign against smoking, people still continue violate the ordinance “because smoking is an addiction or substance abuse, which is a medical issue that is really hard to overcome”.

He also said they are campaigning against the usage of electric cigarette (e-cigarette or vape), which is being dubbed as an alternative to tobacco cigarette.

The official said there have been various studies that linked harmful effects to vape, but still needs further study.