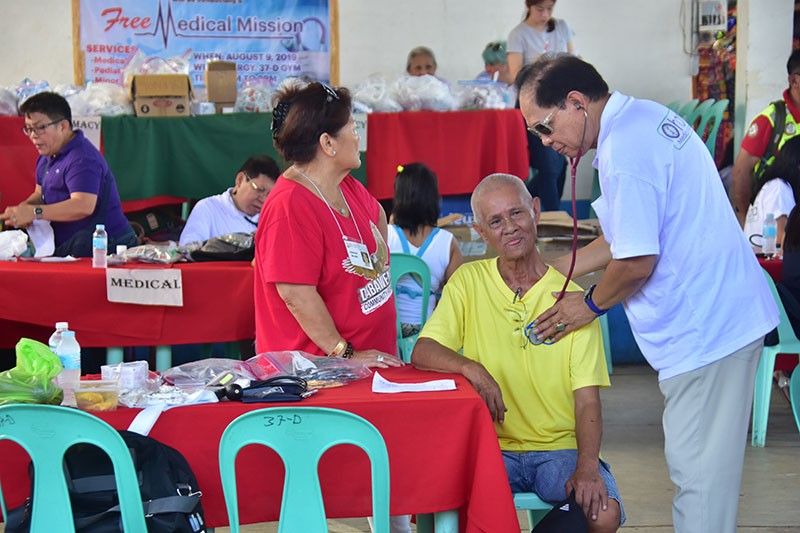 WHILE the Davao City Government is still working on giving annual pension for local citizens, Vice Mayor Sebastian “Baste” Duterte promised to allocate financial assistance to them in December, a city councilor revealed.

Councilor Wilberto Al-ag said Duterte told him that he will also be giving financial assistance to senior citizens, in time for the Christmas season.

Although Al-ag said that the amount is still being finalized, he said it will be sourced from the Philippine Amusement and Gaming Corporation (Pagcor).

The councilor, who heads the city council committee on social services, announced on Monday, October 7, that the local government is planning to give P3,000 annual pension to senior citizens as a counterpart to the Department of Social Welfare and Development’s (DSWD) yearly pension of P6,000.

“Partial pa lang na nga amount, pero aduna ta iparehas sa Manila ug Cebu (This is only a partial amount. We will counterpart the amount similar to Manila and Cebu),” Al-ag said in a previous report.

Unlike DSWD, where senior citizens receiving pension from the Social Security System (SSS) and Government Service Insurance System (GSIS) will not be included in the annual pension, all Davao City-residing seniors who are members of the senior citizen associations accredited by the Office of the Senior Citizens (Osca) will be able to avail of the city’s pension.

The councilor said the proposed pension will be given every second week of November yearly.

The city will soon increase the amount. He said the local government is still looking for a source of funds for this.

“Puhon, muabot ang panahon, tugbangan nato ang gihatag sa DSWD. Kon unsa ilang gihatag, mao kana usab ang ihatag nato sa lokal, Primero pa lang kini (There will come a time that we will be able to equate what DSWD has given to our seniors. This is just the start),” Al-ag said.