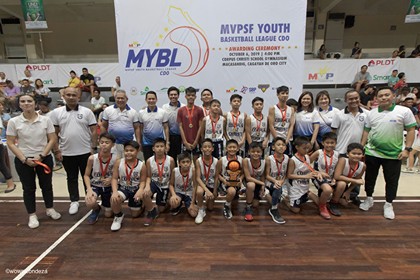 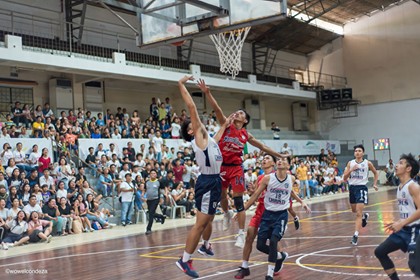 HE was not the most valuable player (MVP) and he never made it to the Mythical 5 choices. He was not even listed in the final roster of players submitted to the officiating table.

With the score tied at 96-all and time ticking away in the final fourth quarter, Saldon summoned all his strength and gave the fast-breaking Mil Jefferson Jalop a wild chase. Before the buzzer sounded, Saldon soared like an Eagle and timely blocked Jalop from behind to deny Sacred Heart of Jesus Montessori School’s victory in the regulation.

Saldon’s accurate, clear block of Jalop eventually paved the way for the host team Corpus Christi School’s 116-107 overtime win over the smaller Sacred Heart unit for the premier 18-under crown of the MYBL hoopfest.

Before that, the Corpus Knights had the last ball possession with Louis Andre Joring bringing the ball down court with still 9.6 seconds to go.

To everyone’s surprise, Joring suddenly lobbed the ball from midcourt range that hugely missed and set the tone for Jalop’s coast-to-coast assault.

Although exciting in the offensive end, the exchange of miscues also opened many winning chances for both sides with the host squad barely holding a narrow lead at the end of the first (22 to 21) and eight points in second (48 to 40) and 70-all deadlock in third quarter.

Making it to the finals without a legitimate center, Sacred Heart’s title bid was even crippled when feisty guard Joamarie Tion sprawled on theb floor and was carried early to the bench due to cramps.

The relatively short Tion just scored 9 points, but his ball handling and court leadership was a nightmare to the pre-dominantly Corpus fans, including school director Dr. Alfonso del Fierro.

“He reminded me of another Kagay-anon and now PBA star Gio Jalalon. Which would only prove that height is not an obstacle for a talented court warrior to become a PBA player someday,” said Gregorio during the awards rites.

Like Sacred Heart, two or more Corpus Christi dribblers were exhausted and did not finish the game due to cramps.

“But we’re ready for situation like this. We prepared hard for two years and we’re handsomely paid off though in a dramatic way kay sa gamay nga sipyat lang gyod nagdaug,” said youthful Tristan Mark “Trim” Pagente, who handled the Corpus Christi Juniors with fellow coaches Dagalea and Catrina June Pong-Biongcog assisting him on the bench.

Corpus Christi also won the 12-under jewel at the expense of Xavier University, 86-39, even as the XU Junior Crusaders vented their ire in the 15-under final by besting the same foe, 81-70.