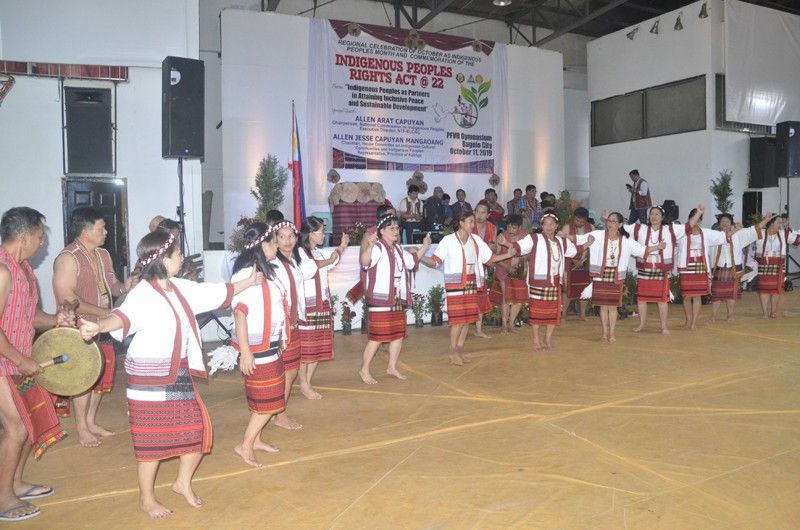 The one-day summit was also conducted in preparation for the upcoming national summit with President Rodrigo Duterte.

"Gusto naming mawala yung local communist armed conflict. At ngayon, gusto namin tingnan kung paano na kaya yung ginagawa namin, kung kailangan pang dagdagan. And so, we're trying to learn from each other and at the same time, we would like also to teach the others so that we can be more effective," Secretary Hermogenes Esperon Jr., the national security adviser, said.

The summit was attended by the RTFs of Northern Mindanao, Zamboanga Peninsula, Davao, Soccsksargen, Caraga and Bangsamoro Autonomous Region in Muslim Mindanao (BARMM). The Indigenous People (IP) were also present as according to Esperon, most of them were victims of the terrorists' lies.

The national security adviser said these IPs were promised peace and development by the communist rebels, however the latter built schools where kids were taught of becoming rebels.

Esperon shared that the rebels were funded by some small and big scale miners in Mindanao, and their members are growing due to recruitment of IP students.

Esperon said the military and different government agencies will be visiting the villages to determine the needs of the community and provide peace and order.

The EO states the need to establish WNA in addressing the root causes of local armed conflict by prioritizing the delivery of basic government services, social development packages, and construction of needed infrastructures with the end-in-view of ushering inclusive development in the pursuit of the country's peace agenda.