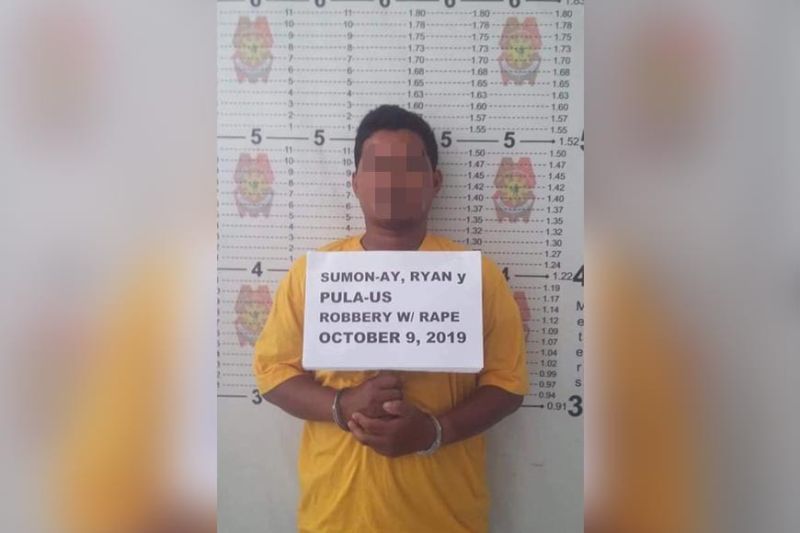 Valencia City Police Chief Surki Sereñas identified the suspect as 28-year-old Ryan Sumon-ay, a resident of Maramag, Bukidnon, who was stopped at a police checkpoint along Sayre Highway, Valencia City-Maramag boundary, for speeding.

Sereñas said they learned that Sumon-ay has just been released on bail for frustrated homicide.

Following his arrest, "Rica", not her real name,a resident of Valencia City, positively identified the suspect as the man who robbed and raped her in the same city.

Another woman "Katrina", a resident of Quezon, Bukidnon, appeared before the Valencia City Police to file a robbery, frustrated murder and rape complaint against the suspect.

She, like Rica, alleged that she was also robbed, raped, and almost killed in Quezon town.

Several healed lacerations were still visible on Katrina's throat, stark reminders of her grim struggle with the suspect, Sereñas said.

"Rebecca", a resident of Maramag town, also surfaced and claimed she was also raped by the same suspect just weeks ago.

"This is beginning to look a lot like we got a serial rapist here because the circumstances are the same, rob then rape," Sereñas said.

The suspect also apparently targets women with the same build and were all attacked in a remote area.

Police believed that Sumon-ay's modus was to transfer and carry out attacks in different places to evade arrest.

"We are certain more women who were victimized will surface. We call on recent rape victims to check with our station. This guy could have been the scumbag who did it to you," Sereñas added.

Last week, the suspect was charged with robbery with rape and could face more charges after more victims surface.