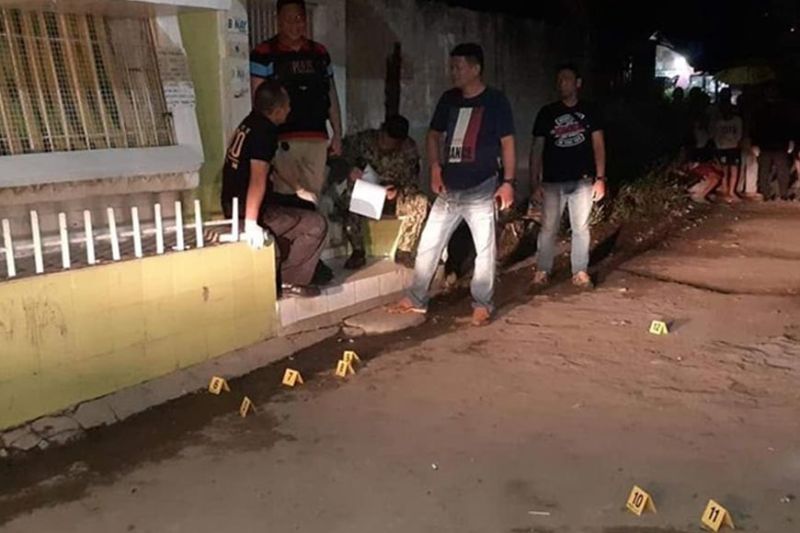 A DRUG suspect was killed while three policemen were wounded in a shootout in Block 36, Vamenta Subdivision, in Barra, Opol, Misamis Oriental, Friday, October 11.

Anti-drug operatives were supposed to conduct a drug bust against Maingko Alinog, 35, but the suspect allegedly fired his gun and tried to throw a grenade at the authorities. Operatives returned fire.

Alinog was also believed to have been responsible for the killing of a mall employee in Pinikitan, Camaman-an on Tuesday. The incident was reportedly drug-related.

The suspect, on the other hand, was cornered and killed during the gun battle. He sustained several gunshot wounds on his body.

Investigators recovered several fired cartridges at the crime scene and found a sachet of suspected shabu (methamphetamine hydrochloride) in the suspect's pocket.