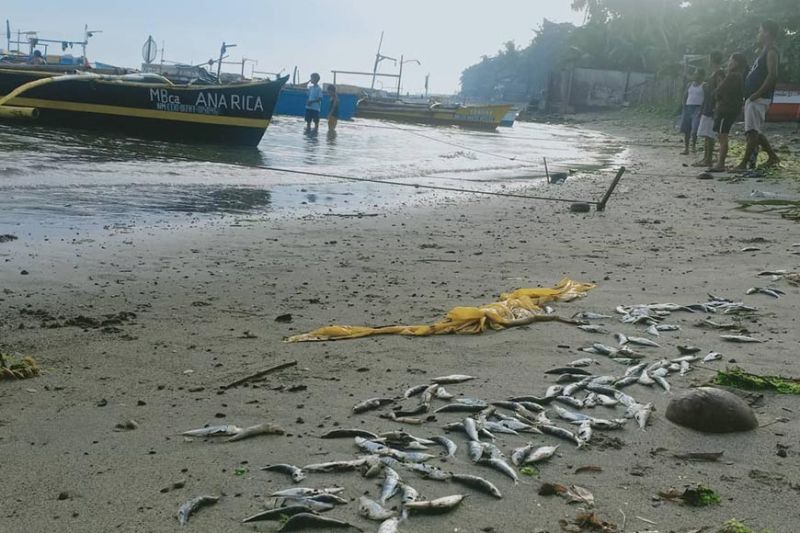 THE absence of a sewerage system in Cagayan de Oro City is among the factors why the seawater in Barangay Bonbon and Cagayan de Oro river are contaminated with high level of fecal coliform, an official of the Department of Environment and Natural Resources (DENR) said.

Florencio Dominguez, chief of the DENR-Environmental Management Bureau (EMB) Monitoring and Enforcement Division, said fecal coliform level in the seawater of Barangay Bonbon reached 248 most probable number (MPN) per 100 mL, higher than the 100 MPN/100 mL standard, in the third quarter of this year.

Meanwhile, the Cagayan de Oro River has fecal coliform level of 680 MPN/100 mL, exceeding the standard of less than 1.1.

Fecal coliform are a group of bacteria found in the feces of warm-blooded animals such as people, livestock, pets, and wildlife.

Another contributing factor is the dumping of garbage in the water bodies, Dominguez said.

Dominguez said since the fecal coliform already exceeded the standard, Bonbon is no longer safe for bathing. He said bathing in the sea with this coliform content may be harmful, cause irritation in the eyes, and cause diarrhea.

"Ang fecal coliform dili siya necessary ang bacteria nga makasakit, pero kung daghan siya, there is a possibilty nga there are pathogenic bacteria that are also present there. So kung taas siya, mao ng naay chance you will get infected," he said.

Under the Clean Water Act, local government units and other concerned government agencies shall have a national program on sewerage and septage management. The program shall include a priority listing of sewerage, septage and combined sewerage-septage projects for LGUs based on population density and growth, degradation of water resources, among others.

The law said the local government shall appropriate the necessary land, including the required rights-of-way/road access to the land for the construction of the sewage facility.

The local government may also "raise funds to subsidize necessary expenses for the operation and maintenance of sewerage treatment or septage facility servicing their area of jurisdiction through local property taxes and enforcement of a service fee system".

Dominguez admitted that this practice is unsanitary and not in accordance with the law. He said having a septic tank underground may contaminate the ground water.

"This practice is not necessarily wrong but it's not the best way of doing it," he added.

Putting up a sewerage system may still take time, but a proper sewerage system is seen as the ultimate solution to restore the quality of the rivers and seas, Dominguez said.

If a sewerage system is available, all discharges from septic tanks in households and commercial establishments will be connected to the common sewerage system where the wastes will be treated. Once treated, the discharges will now be safe to release.

The City Local Environment and Natural Resources Office (Clenro) earlier raised alarm after learning from a DENR report of the high level of coliform in Barangay Bonbon.

City Mayor Oscar Moreno has created a Local Water Quality Management Area (LWQMA), a stakeholders collaboration aimed at keeping the water quality in water body and its tributaries within the water body’s classification or even improve the quality to higher classification.

Through the LWQMA, an action plan will be prepared in order to address water quality issues and problems in an area.

Section 5 of RA 9275 or the Philippine Clean Water Act of 2004 tasked the DENR in coordination with the National Water Resources Board to designate certain areas as water quality management areas (WQMA) using appropriate physiographic units such as watershed, river basins or water resources regions.

The LWQMA is composed of the City Health Office who will oversee health concerns, City Agriculture Office to monitor possible piggeries around the river, the Office of the Building Official, and the City Housing and Urban Development Department (CHUDD) to monitor informal settlers defecating in the river, among others.