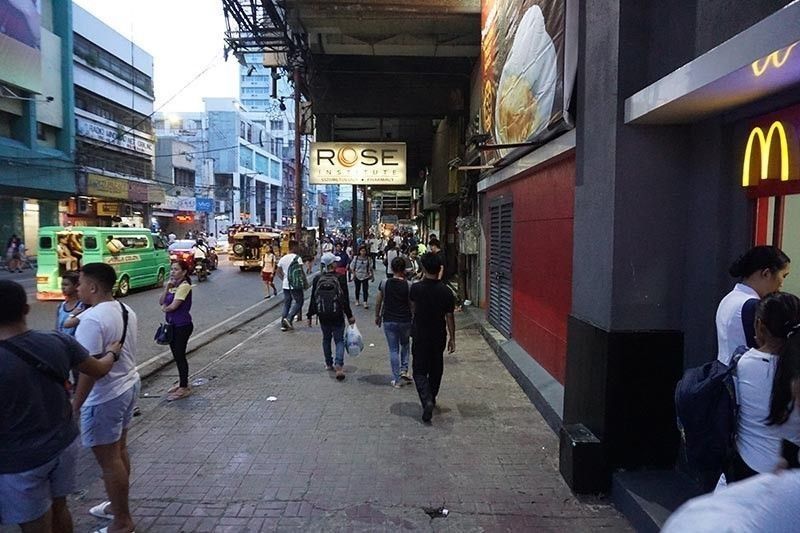 CEBU. A sidewalk on Colon Street in Cebu City has been cleared of vendors and obstructions. (File Photo)

THE Department of the Interior and Local Government (DILG) reminded local government units (LGUs) on Sunday, October 13, that the national road clearing program will be implemented continuously and validated every quarter.

DILG Undersecretary and spokesperson Jonathan Malaya said this is to ensure that roads will stay clear of obstructions.

He said the first quarterly validation will be made in December.

“The President congratulated the DILG and all LGUs (Local Government Units) who actively participated in the road clearing operations and directed (DILG) Secretary Eduardo Año to continue with the program until the end of his term,” he said.

Malaya said that while there is more to be done, “the President (Rodrigo Duterte) was very satisfied and he commended the DILG under Secretary Año and the LGUs with resounding applause from him and all Cabinet members during the Cabinet meeting last Friday,” October 11, 2019.

“So, our advice to all LGUs is not to let their guard down, maintain and sustain what they have accomplished, continue with their road clearing operations, otherwise they will join the 97 LGUs that have been issued show cause orders by Secretary Año,” he added.

Based on the validation conducted by the DILG on 1,246 LGUs, a total of 6,899 roads all over the country have been cleared of all types of obstruction.

The DILG has issued show cause orders to the LGUs that received got failing marks.

Malaya said they will be issuing a new Memorandum Circular to all LGUs on the continuation of the program.

He added that they will stay in close coordination with other government agencies and private companies to ensure compliance to the President’s order.

“To help decongest traffic during road accidents, DILG Undersecretary Bernardo Florece is working with the MMDA (Metro Manila Development Authority), Insurance Commission, LTO (Land Transportation Office) and the PNP (Philippine National Police) for the use of the accident investigation report as an alternative to the Police Report in minor accidents,” he said.

“The DENR (Department of National Resources) has also issued a department order that the issuance of cutting permits for trees obstructing roads should be released within 3 days if said request is in order,” he said.

The DILG is also coordinating with the Department of Public Works and Highways, Meralco and electric cooperatives for the immediate transfer of electric posts to the sidewalk.

“Undersecretary Florece is also working with Meralco, PLDT, Globe and other utility companies for the use of a common-post system to reduce the number of posts on the sidewalk. All utility companies have agreed in principle and a working group has been created to work out the details,” he said. (SunStar Philippines)