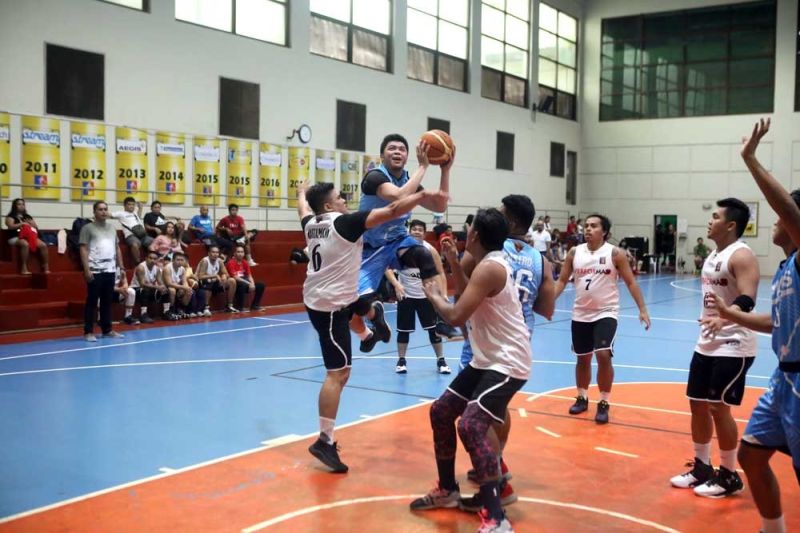 FORMER University of Cebu standout Janjan Auditor proved once again that he is the man in the Elite Classic division of the E-Leagues for Basketball 2019 as he set a new league record for most points scored in a single game with his incredible 52 points in the Sykes Pioneers’ dominant 153-48 crushing of the ePerformax Reds at the City Sports Club-Cebu basketball court on Saturday, Oct. 12, 2019.

Auditor added eight rebounds, two assists and two steals to his name as the Pioneers completely humiliated the Reds to bolster their record to 9-2 (win-loss). The 6-foot wingman also beat his own record of 50 points set on Dec. 15, 2018 also against Eperformax.

Sykes also recorded the most lopsided game in league history, breaking the record that Convergys set in June 17, 2012 when it routed Executive Boutique 123-31.

Victor Rabat added 21 points and eight assists even as Zander Villacorta and Erville Cabungcal had 13 markers each in the lopsided victory.

The writing was already splattered on the wall as early as the first half when the Pioneers established a 46-point lead, 66-20. The third period got even worse for the Reds as they got outscored, 49-8, to fall behind by 87 points, 115-28.

Meanwhile, the Accenture Sharks kept its hold of first place in the standings after it defeated the Wipro Tigers, 76-62. Clarence Torre had 17 points and seven assists for Accenture, which bumped its record up to 9-1.

In the Evo League, the Dynata Warriors scored a 76-52 win over the Author Solutions Philippines Inc. Hardbacks for their eighth win in 10 tries. Tommy Ugsimar scored 22 points and had seven rebounds and four assists for the winning side.

Also coming away with wins were Fluor, which won over Demand Science, 81-74, and Results Newtown, which beat Cognizant, 88-68. (JNP)