‘I didn’t punch him, I just slipped’ 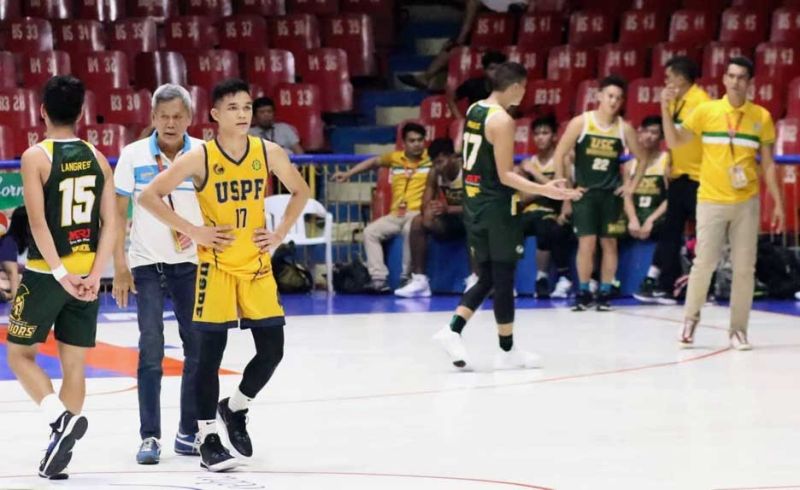 MOVING ON. University of Southern Philippines Foundation’s Steven Ursal (No. 17) says he has accepted his suspension and is moving on. (SUNSTAR FOTO / AMPER CAMPAÑA)

UNIVERSITY of Southern Philippines Foundation Panthers forward Steven Ursal has finally opened up to talk about his involvement in the fracas that occurred between him and University of San Carlos forward Kenneth Brillo in their Cebu Schools Athletic Foundation Inc. (Cesafi) men’s basketball game at the Cebu Coliseum on Oct. 10, 2019.

Ursal said he spent a few days in his hometown of Bantayan to clear his head after feeling frustrated with the way the officials called their game. The tough and energetic rookie forward clarified that the hit that Brillo received while they were battling for position was inadvertent.

“I didn’t mean it because I slipped when he pushed me then I got out of balanced. I didn’t notice that I hit him so I also didn’t expect that he would punch me,” Ursal said in Cebuano about the incident that occurred with 2.5 seconds left in their game.

Ursal said he did not even retaliate after receiving a flurry of punches from Brillo since he believes that physicality is just part of the game.

“And I didn’t even retaliate because I knew that could get me ejected and it’s just a game. It’s part of the game. If I fought back, where is the sportsmanship in that?” said Ursal.

As shocking as the referee’s decision was to him, Ursal says he has come to terms with it and is moving on. He would be suspended for USPF’s next game and would be made to pay a P5,000 fine and render four hours of community service.

“I was shocked with the decision of the referees but I’m okay with it. I can’t do anything about it. They already decided on an incident that wasn’t intentional on my part. But Brillo’s punch on me was intentional. He’s very sensitive and he can’t control his emotion,” said Ursal. (S)