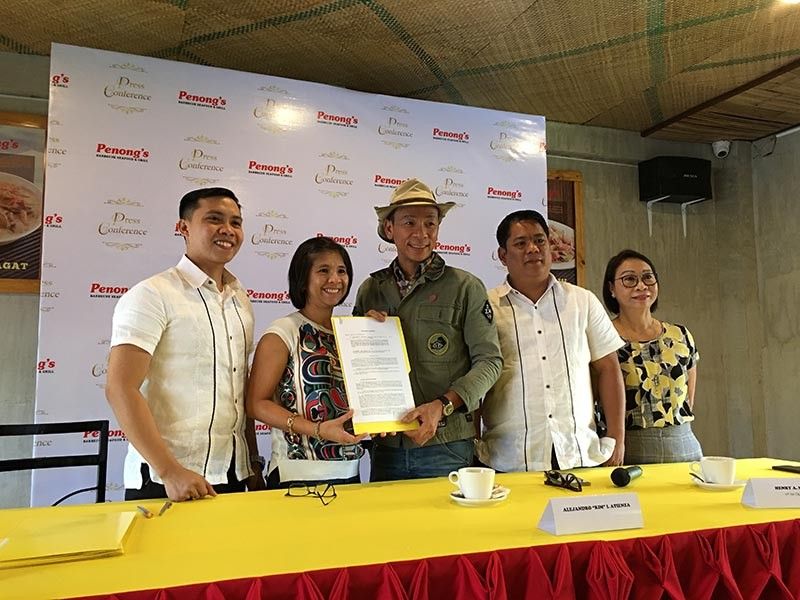 PENONG’S Barbecue Seafood and Grill, the homegrown chicken barbecue restaurant in Davao City, is putting up more branches in Luzon and the rest of Mindanao.

In a press conference Saturday, October 12, Penong’s Franchise Corporation vice-president for operations Henry A. Mahilum announced the upcoming store openings in Luzon next year and the recently opened stores in Mindanao this year.

“Sa ngayon, meron kaming one store in Luzon located in Palawan, Puerto Princesa. Two stores are about to open; one is in SM By the Bay in SM Moa [Mall of Asia] and one is undergoing construction in Quezon City. More stores are coming in Baguio, Fairview, and also in Tuguegarao. Our plan for 2020 is to expand mostly in Luzon,” Mahilum said.

He said new stores will also be opened in Valencia City, Bukidnon and Gaisano Mall of Toril in Davao City next week. Next month, another set of stores will open in Dumaguete City, Butuan City, SM General Santos, and Brgy. Maa in Davao City.

Meanwhile, new branches have opened in Bogo City in Cebu, along J.P. Laurel Avenue, near Southern Philippines Medical Center (SPMC) in Davao and in the Municipality of Kabacan, North Cotabato.

Mahilum said six of the branches are owned by the company. Four of them are located in Matina, Sta. Ana Avenue, Ponciano (along C. Bangoy Street), and Catalunan Grande in Davao City, in Puerto Princesa, Palawan and in SM Moa soon. The rest of the stores are franchise outlets.

Mahilum said about 20 stores will be added to the existing stores.

He said their company eyes to open more company-owned stores in Luzon next year.

He attributed their growth to the consistent quality of food and services.

“We make sure that when the franchisee signed the contract, they abide by the Penong’s standards and processes,” Mahilum said.

“Everything boils down to our main value proposition, which is a high-quality product, excellent service, and of course, cleanliness of each restaurant,” he added.

Mahilum said they also vow to adhere to halal standards.

He said the store in Kabacan, North Cotabato will serve non-pork food options to accommodate the Muslim community in the area.