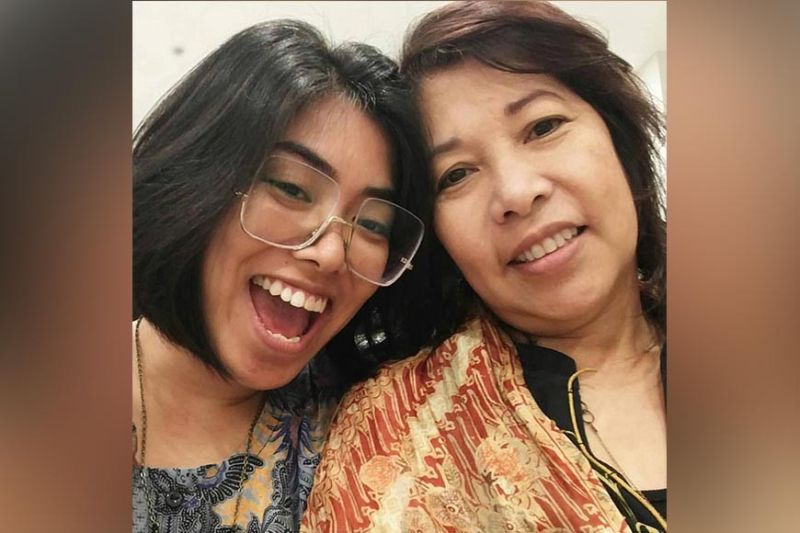 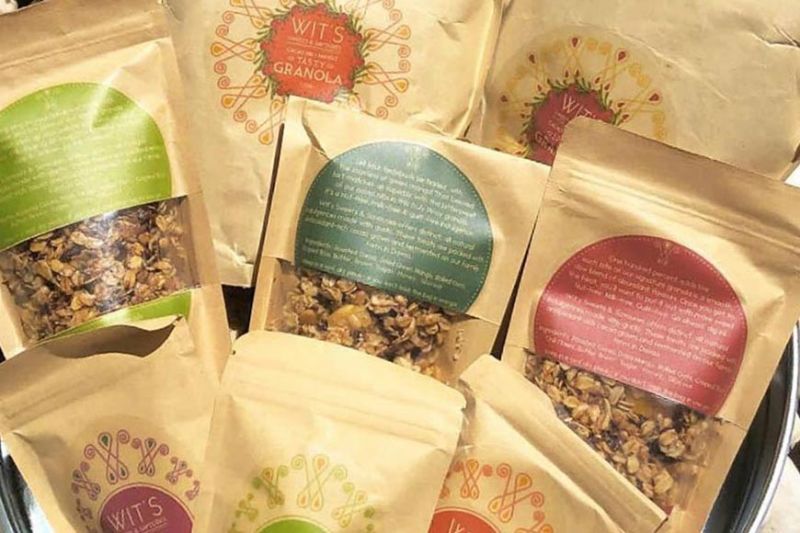 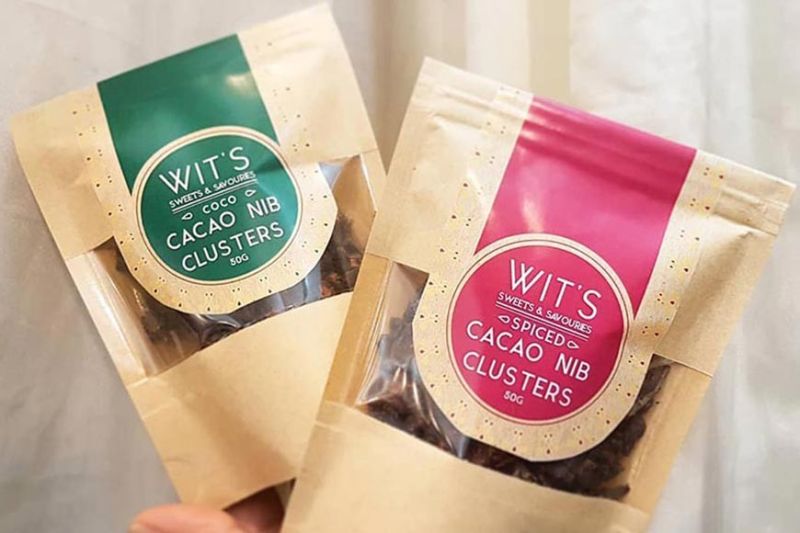 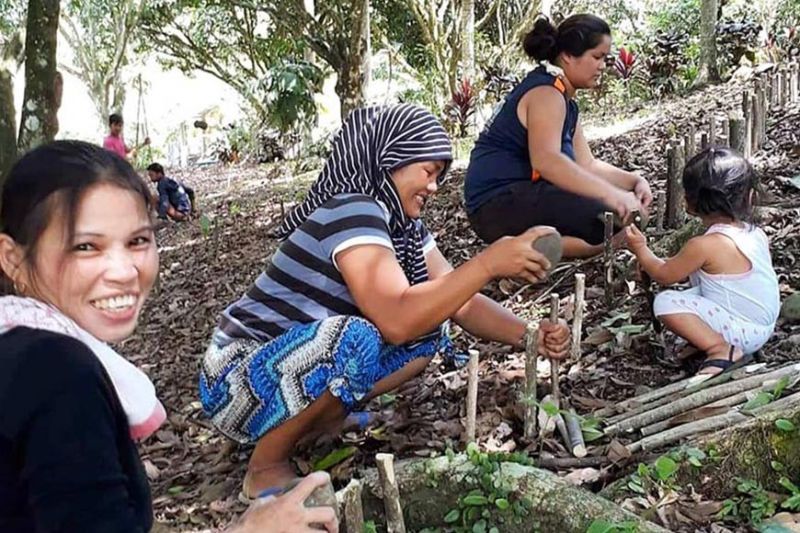 ASIDE from durian, Davao City is known as one of the top producers of cacao and is undeniably the home of internationally recognized local chocolate brands.

Wit Holganza and her daughter, Bianca, envision to produce chocolate products and make the most out of their cacao farm.

But they realized that they will be shaping another mental image for cacao when their first sweetened chocolate bar experiment did not work out.

Holganza left her job as operations and human resource director of a huge Philippine fastfood chain for its branches in the United States (US) and opened a transcription school and a business process outsourcing (BPO) company in her hometown, Davao City.

But it was in 2008 that she became resolved to develop their family-owned five-hectare land and planted cacao trees, just right after her marriage.

“I was active in the IT (information technology) space for quite some time but we had a farm all this time,” Holganza shared to Sunstar Davao in an interview.

“So nagsimula akong magplant ng cacao and over the next few years, I have now over 3,500 trees of cacao. Since 2013, when my trees were about four years old, lumalakas na yung harvest ko,” she added.

For about two to three years, Holganza sells her produce to a Japanese businessman who brings it to Kyoto to make green tea chocolates. Her daughter Bianca then suggested that they not only sell but make products out of their cacao beans too.

“So, we played around with making flavored tablea but eventually we shelved the project for the tablea because we were not happy with the experiments that we were doing in the home kitchen,” she said.

But Bianca had another proposition.

“Cacao is a superfood. If it’s not made into a sweetened chocolate bar, why don’t we stick to just developing treats or snacks made with nibs’?” Holganza recalled.

The product line includes granolas made with cacao nibs mixed with rolled oats and either of the adventurous flavors like ginger, green and sweet mangoes, coffee, durian, and chili. They also have tablea nuggets and cacao nib clusters incorporated with coconut, chili, or kaffir lime, among others.

Holganza admitted that there are more established names when it comes to producing chocolates, but she blazed her own trail with her cacao nibs’ innovation.

“Marami naming ahead of me pero ako lang yung mas extensive ang use ng cacao nibs compared to everyone because everyone else are making tablea and chocolates. Some people are sweetening their cacao nibs pero I also have the most variants kasi most of my kasama would do sweetened nibs pero I also do muscovado, I do dark chocolate covered nibs in kaffir, dark chocolate covered nibs in chili,” Wit said.

Apart from displaying her products in Cacao City and distributing it in other areas like Tagbilaran, Bohol and Taguig in Metro Manila, Wit partnered with restaurants, hotels, and bakeries to use her products as one of their ingredients.

“I try to select the partners that use my products because I want for them not just to be resellers but also to kinda like incorporate my products as ingredients to their menu. In the case of La Fermette [Dairy Farm], they used my zesty granola with ginger as part of his offering ng yoghurt kaffir breakfast bowl nila. Same with Sundays sa Go Hotel. Sundays have created a breakfast fruit bowl where they used naman my tangy green mango granola. Another new client is Cake Gallery. Siya naman ginagamit naman nya yung tablea ko to make tablea cake and also in Balik Bukid,” she said.

Having eventually learned the chocolate-making process, Holganza craft custom-made chocolate bars on request and her creativity allowed her to use ingredients available in Gran Verde Family Farm. Although, this is also the reason why she can’t mass produce the product.

Holganza added, “The taste of moringa flower on top of a thin layer of chocolate is different.”

“I think is something that I’d like people to embrace na para bang there are many ways to use your bulaklak ng kape or bulaklak ng cacao kasi 90 percent of the flowers ng one cacao tree will drop eh. Only 10% will become a fruit so why don’t we make something out of it,” she said.

Holganza also eyes to build a painitan or chocolate refreshment area and a processing area in the farm since they make are making the granolas and other cacao nib products in their home kitchen. Those who would come to the farm to have a nice sip of sikwate or nibble on cacao nib granolas will also be able to see how their sikwates are made.

“I am moving that home kitchen to the farm because I want people to see that beyond just growing trees, this is how we make this yummy granolas and art tablea. Ee will put up a store right next to it because I think you have to have a reason for people to go there first, not just na magpainit,” she said.

Currently, Holganza is working with five families, with men generally in charge of the farm. The wives, which she trained to do other things besides bagging soil for the nursery and covering cacao pods, are helping in the processing, production, and sales who will run the refreshment store.

“I am now playing along the broader spectrum of that value chain and with the help of my men and women farmers and hopefully their children, next-generation, at least I feel like that is really my way of empowering them beyond simply giving them money for wages,” she said.

Holganza is confident that she keeps the quality of the cacao she used in her products. Being a tree-to-bar producer, she was able to control and monitor processes cacao undergoes after harvest which affects its quality.

“In the chocolate-making, tablea-making and just general cacao nib production, very important yung processes after maharvest. For example, when do you pick, ano ang degree of ripeness, anong ginagawa mo after maharvest mo yan because there is such a thing as fermentation at kailangan may waiting and holding time after you pick it para mas mapaganda ang fermentation. And then during the fermentation process, kailangan yung sanitation. It’s very critical because it affects the quality and even all the way up to drying. Kung gaano kaganda yung drying affects your chocolate,” she said.

The bean-to-bar producers, on the other hand, do not necessarily grow the cacao trees. Rather, they buy from the farmers, thus they will have less control in the post-harvest process. She said that because of these, other players buy fresh or the wet beans instead of the dried ones and ferment it themselves to ensure quality.

She said the quality of the beans suffers when farmers skip the long, tedious fermentation process which can take around seven days to two weeks.

“There is a reason why farmers sometimes make shortcut is that nagmamadali sila i-convert yung beans into cash. Syempre, yung two weeks na yun, kailangan nila maglagay ng pagkain sa lamesa. While we continue to educate the farmers na i-ferment nila kasi we will get better prices for fermented cacao, sometimes, it is an issue of economics,” Holganza said.

Another challenge faced by the cacao industry is the insufficient supply of cacao. Wit, who is also the managing director of the Cacao City Marketing Cooperative pointed out that there are not enough beans in the city in spite of the number of cacao growers and groups who ferment beans.

Finally, she said the cost of processed cacao products are higher since they are all made by hand.

“Medyo pricey pa ang ating cacao because we still don’t have the technologies to drive down the cost,” Holganza said. However, she added that the public’s reception on handcrafted products appears more premium compared to machine-produced chocolate products.

“Mas malaki ang cost mo when everything is still manual but then again you have to take a look at whether people who buy chocolates appreciate artisanal, handcrafted, in small batches instead of factory-made, machine-produced,” she said.