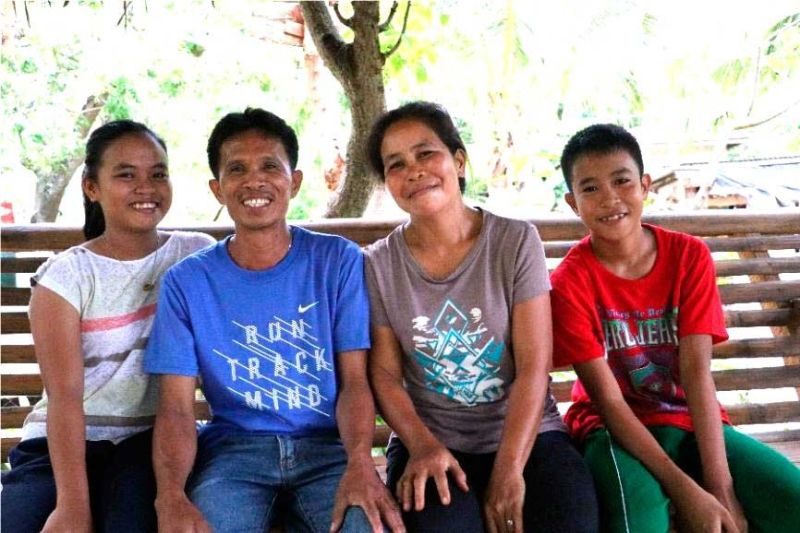 A FAMILY that advocates organic farming in southwestern Cebu emerged as the Regional Huwarang Pantawid Pamilya for 2019.

The Department of Social Welfare and Development (DSWD) 7 recently announced the family of Francisco and Marilou Elardo from Barangay Taytay, Badian as the winner in the annual regional tilt.

Elardo started farming after he attended a seminar on organic farming in 2010.

“I learned from the seminar that it is not necessary to spray the plants with chemicals,” he said in Cebuano.

Elardo applied what he learned from the seminar, and he was right on his decision to pursue organic farming. Together with his wife Marilou, and their two children, Reese and Christian, they planted a variety of vegetables like alugbati, eggplant, sweet potato, string beans, pechay, patola and malunggay.

“Even though I’m tired, I’m always happy to demonstrate to the students because I love to share what I have learned about organic farming,” Elardo said.

If there are visitors, Elardo discusses the natural farming system like indigenous microorganism, fermented plant juice and fermented fruit juice.

The Elardos also have a small fish pond in their backyard garden.

“During the lean season, these tilapias serve as our viand and we do not worry about rice since we already have the rice subsidy from Pantawid,” Elardo said.

Elardo admitted that he did not expect to win the contest.

“Even if there is no contest, we still need to strive as parents so that we can provide a good future for our children and also to help others through farming,” he said.

Elardo and his family represented Central Visayas during the National Pantawid Pamilya Family Day on Sept. 28-30, 2019 in Metro Manila.

The families of Angel and Julita Batac of Barangay San Isidro, Balilihan, Bohol and Dante and Ria Taroc of Barangay Liloan, Maria, Siquijor garnered the third and fourth places, respectively.

The Pantawid Pamilyang Pilipino Program is a program of the national government that invests in the health and education of poor households primarily of children aged 18 and below. It is implemented by the DSWD together with other government agencies to include the Department of Education and Department of Health.

It provides cash grants to compliant household beneficiaries with health grant worth P500, and educational grants worth P300 and P500 each to the children studying in elementary and high school, respectively.

The beneficiaries also receive a rice subsidy in the form of cash amounting to P600. (S)