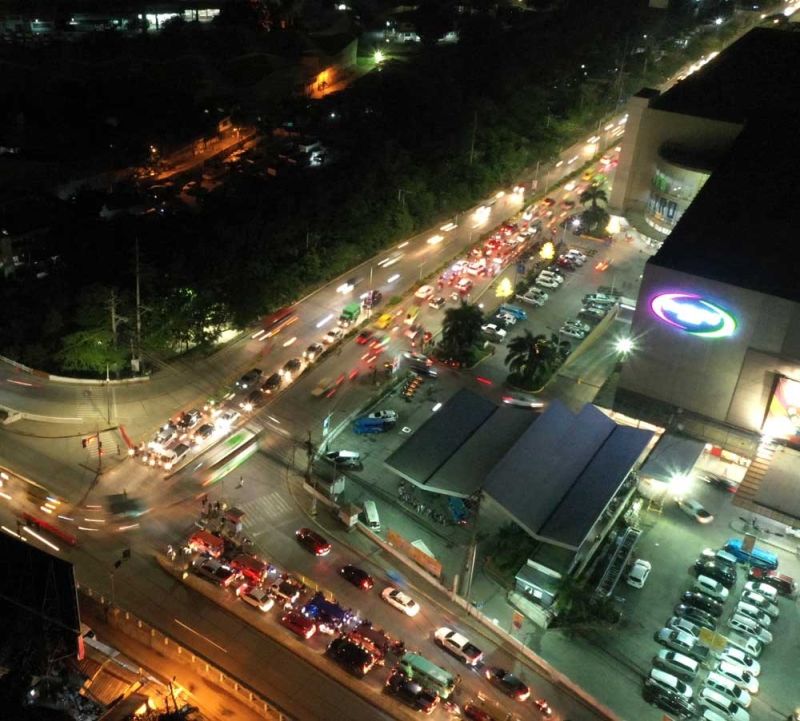 BOTTLENECK. Motorists passing by the North Road corridor in Mandaue City may have observed slow-moving traffic at the intersection near a shopping mall and on U.N. Ave. The City’s traffic body blames it on the temporary fence at the underpass project site, which it said is obstructing traffic in the area. (SUNSTAR FOTO / ALLAN CUIZON)

THE temporary fence of the contractor at the site of the underpass project on United Nations (U.N.) Ave. in Mandaue City is causing the slow moving traffic in the area.

Architect Florentino Nimor, head of the Traffic Enforcement Agency of Mandaue (Team), said a part of the fence is obstructing traffic, causing a bottleneck at the intersection of U.N. Ave. and Plaridel St.

“The clearing for the ongoing construction, that’s what’s slowing down traffic on one lane of U.N. Ave. because the contractor put up a temporary fence there,” Nimor said.

The ongoing construction also caused the traffic lights on U.N. Ave. to malfunction, he said.

To address the congestion, Team plans to make adjustments on the center island on U.N. Ave. and P. Burgos St. intersection and the intersection near Pacific Mall.

According to Nimor, the Team is already planning the adjustment of the center island and will submit its recommendation to the Department of Public Works and Highways for implementation.

Nimor said there is not enough space at the intersections for vehicles turning left or right. This causes vehicles to move slowly since motorists take time to make the turn.

Team also plans to put signal lights at the P.Burgos St. intersection that will synchronize with the traffic light system of the intersection near Pacific Mall.

The traffic lights will be adjusted according to the traffic scheme being implemented on U.N. Ave.

The dry run for the traffic scheme is now on its third week. Nimor said they will continue to implement the scheme but he could not say yet if they will do so permanently. (KFD)