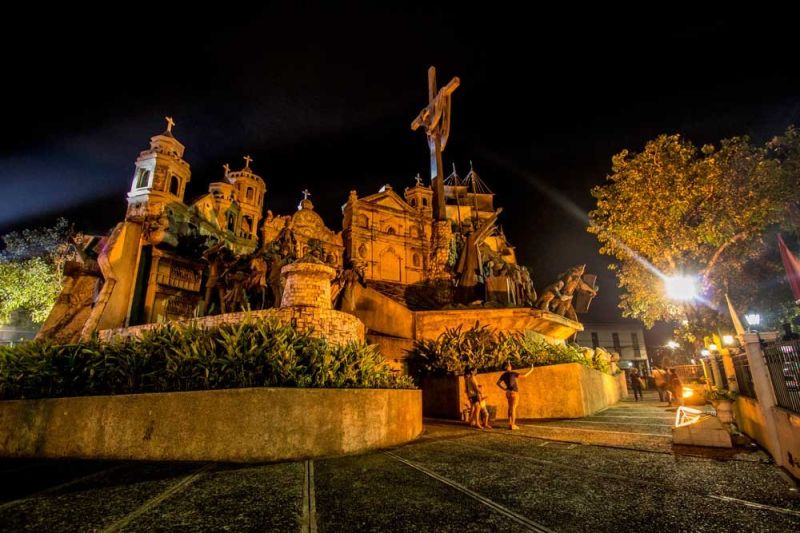 STARTING POINT. The proposed heritage walk will start in the Parian area and end at the Plaza Independencia. (SUNSTAR FILE)

A HERITAGE walk in the heart of Cebu City is being eyed for the quincentennial celebration in April 2021.

Kenneth Cobonpue, the recently appointed head of the Visayas Quincentennial Committee, said among the things they discussed during their first meeting with the Archdiocese of Cebu last Oct. 4, 2019, was to redevelop portions of downtown Cebu City.

“Definitely, there will be physical rehabilitation and renovation. We will have to map out a heritage walk and areas for redevelopment. Kind of like a master plan for that area,” he said.

The quincentennial celebration aims to highlight both the spiritual and socio-cultural aspects of the milestones of the 500 years of victory of Lapu-Lapu and his fellow warriors in the Battle of Mactan and the 500 years of Christianity in the country, Cobonpue said.

A heritage walk is a walking trail and/or driving routes in urban and rural settings that are identified in most cases by signage and guidebooks as relating to cultural heritage.

According to encatcScholar, an online publication designed to be a tool for education and learning on arts and cultural management and policy, heritage walks can be considered important experiential model for heritage education.

The tours involve physically walking in the area which allows for “personal observations” and offers several nuances of heritage sites in their original context, it said.

Although they have yet to finalize which areas will be included in the heritage walk, Cobonpue said it will initially start in the Parian area, head to the Cebu Metropolitan Cathedral and then continue all the way to the Plaza Independencia area.

“In that first meeting, Cebu City Mayor Edgardo Labella was very open to it to work together with the Department of Tourism (DOT)... Possibly, there will be road closures. We will adopt that like the ones in Europe. That there’s a pedestrian zone, a road closure,” Cobonpue told SunStar Cebu.

Barangay Parian in Cebu City was once a small community of Chinese traders. It became a residential headquarters of most of the businessmen and entrepreneurs in Cebu. It now houses the Heritage of Cebu Monument, including a museum and an ancestral house.

“Wala pay gi-identify (None has been identified) which specific roads these are. Several studies have already been made for the walk, but we have to revisit all of them because we will have to make our own study on present ones. We will be convening a group of architects and a group of urban planners and stakeholders for this,” he said.

“We just trace the place and make it walkable at night. We will probably add more lights. We have to develop our sidewalks. Of course, safety is also very important,” he added.

He said the redevelopment will eventually result in the opening of cafes and restaurants in the area.

“I envision also, it would kind of be like the Poblacion in Makati where old houses and the warehouses are re-purposed into cafes and shops and restaurants,” he said.

Cobonpue said officials of churches along the heritage walk are willing to cooperate.

“We would have the churches open at night because, as what the DOT 7 Shalihmar Tamano, also said, it’s really hot during day time for people to visit our churches. Many of the tourists do not go because init kaayo (it’s very hot) and they prefer to do it in the evening. Our tourists visit the beach during the day and at night, we want them to rediscover old Cebu,” he said.

He said he was grateful for being appointed as the committee head in the Visayas. According to him, being part of the Regional Development Council (RDC) 7 will make his make his work easier as head of the committee.

“I’m honored to be appointed and I think that my being also part of the RDC, it would be somehow easier for me to coordinate with all the agencies and local government units concerned to work for this. Also, because of my relationship with (Office of the Presidential Assistant for the Visayas) Secretary (Michael) Dino and with the church, I think it would be easier to work together,” he said. (WBS)