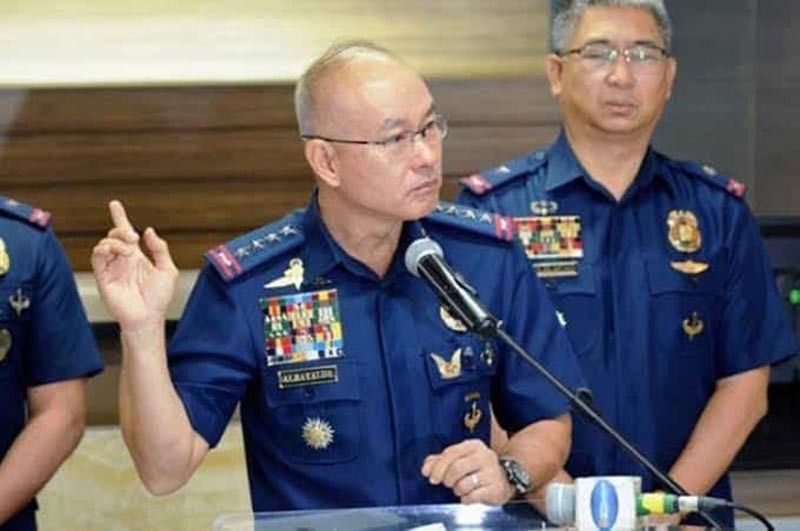 EMBATTLED Philippine National Police (PNP) Chief Oscar Albayalde has opted to go on a “non-duty status” effective Monday, October 14, or about four weeks before his mandatory retirement, amid allegations that he protected and benefited from the drug recycling activities of his men.

Non-duty status is granted to retiring officers to give them time to comply with documentary requirements for their retirement, said Police Lieutenant General Archie Francisco Gamboa, PNP officer-in-charge and deputy chief for administration.

Under the guidelines issued by the National Police Commission (Napolcom), a retiring officer who is granted non-duty status still reports to his office for daily attendance but is exempted from work.

Albayalde is set to retire on November 8, 2019, when he reaches the mandatory retirement age of 56.

But turnover of command is scheduled for October 29, because President Rodrigo Duterte has to leave for Thailand to attend the Association of Southeast Asian Nations (Asean) Summit.

Albayalde announced his decision to opt for a non-duty status during Monday’s flag ceremony in Camp Crame.

“Over the weekend, I had the opportunity to talk to the SILG (Secretary of Interior and Local Government) Eduardo Año, about the events that have transpired in recent days, particularly the Senate investigation on the alleged “agaw-bato” issue in which I am being implicated,” he said during his speech.

“After careful thought and deliberation, I have come to the decision to relinquish my post as Chief PNP effective today and go on a non-duty status. I have submitted my letter of intent to Secretary Año which he accepted and favorably endorsed to the President,” he added.

Albayalde said this is to pave the way for the appointment of his replacement.

Albayalde was implicated in the issue of ninja cops, or policemen involved in recycling of illegal drugs seized during their operations.

He was the Pampanga provincial police director when 13 of his men were involved in an anti-illegal drugs operation on November 2013 which was found to be irregular.

Albayalde was accused of intervening with the implementation of the dismissal order against the 13 cops and of admitting that he benefited from their illegal activities.

He has repeatedly denied the accusations being thrown against him. (SunStar Philippines)
< Previous PageNext Page >